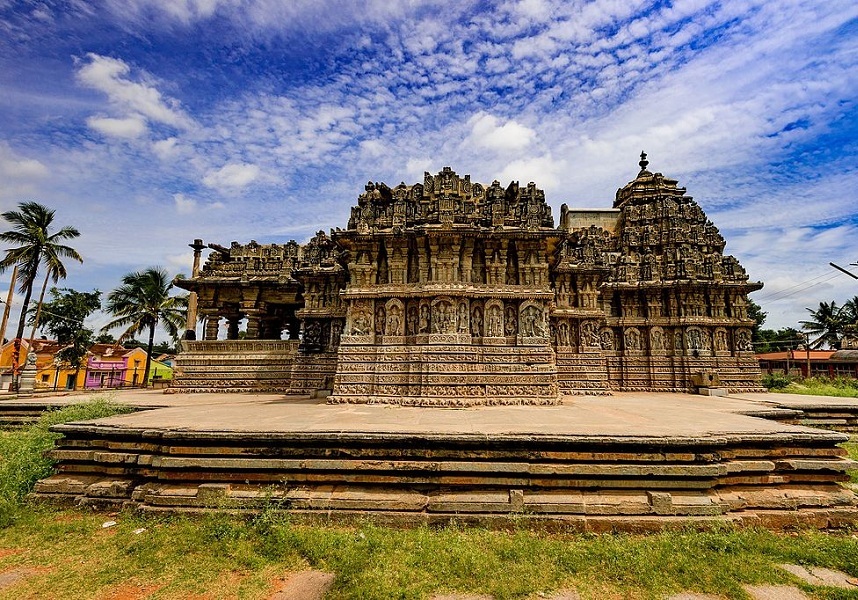 #15 of 33 Places to Visit in Chikmagalur

At a distance of 9 km from Belavadi, 13 km from Halebidu, 40 km from Chikmagalur, and 45 km from Hassan, the Lakshminarasimha Temple is an ancient Hindu temple located at Javagal Karnataka. It is one of the forgotten Hoysala temples in Karnataka and among the top places to visit in Hassan.

The Lakshminarasimha Temple is dedicated to Narasimha, a form of the Hindu god Vishnu, and was built in 1250 AD by the Hoysala King Vira Someshwara. This temple is a protected monument under the Karnataka state division of the Archaeological Survey of India. Indeed, this is the village from where the former Indian fast bowler Javagal Srinath's family originally hails, and while Srinath was raised in Mysore, his uncle's house still exists in the village and villagers will happily point it out.

The Lakshminarasimha Temple is an example of mid-13th century Hoysala architecture. It is a trikuta temple (three shrines) type built on an elevated platform known as jagati. The three equal size shrines are all square in plan and are connected by a common closed hall (mandapa). The closed hall is preceded by an open porch. The lateral shrines are connected directly to the hall while the middle shrine has a vestibule that connects the sanctum to the hall. Lord Narasimha here is accompanied by his consort, Goddess Lakshmi. The other two shrines of this trikuta temple are occupied by two other incarnations of Vishnu, Venugopal, and Sridhara. But only the shrine containing Lord Narasimha has a tower above it and is highly decorative.

The external decoration is profuse but of a more relaxed character, when compared to Halebidu. The outer walls are decorated with wall images that have decorative towers above them. There are 140 wall panel images, each made with attention to fine details. Notable among them are Rama and Lakshmana, Badrinarayana, and Ananthapadmanabha. Six friezes form the base of the outer wall. The epic frieze shows swans, makara, scenes from the Ramayana and the Mahabharata, leafy scroll. horses and elephants.