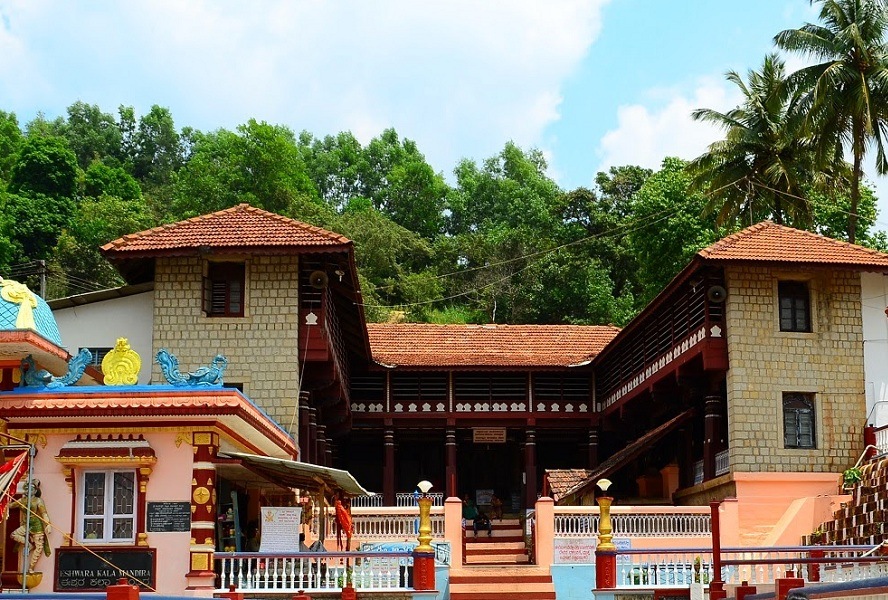 #17 of 33 Places to Visit in Chikmagalur

At a distance of 7 km from Horanadu, 21 km from Kudremukh, 53 km from Sringeri, 86 km from Chikmagalur, and 93 km from Sakleshpura, Kalasa is a small town located in Chikkamagaluru district of Karnataka. Surrounded by the scenic Western Ghats, it is one of the popular pilgrimage towns in Karanataka, and among the must include places in Sringeri Tour Packages.

Located on the banks of the Bhadra River, Kalasa is home to the Kalaseshwara Temple dedicated to Lord Shiva. According to the legend, during the wedding of Shiva and Parvathi in the Himalayas the attendance of the entire pantheon of deities caused a change in the earth's rotation. Lord Shiva requested the great sage Agasthya to travel south and balance the shift of the earth, promising him that he would be able to witness the wedding from where he resides. Kalasa is believed to be the spot where Sage Agasthya resided during the wedding of Shiva and Parvathi. The marriage is celebrated by devotees to this date.

The Kalaseshwara Temple is located on a hillock, and its main features include a soapstone shrine was built in the Hoysala sculpture style. Meals are provided to pilgrims daily at the temple. Girija Kalyanam is one of the biggest festivals celebrated with great pomp and fervor at Kalasa. It begins on the new moon and continues to the full moon. The procession idol of the Kalaseshwara temple is taken out during the Car Festival or Rathotsava. Shivratri is another important festival of Kalasa.

Kalasa is usually part of a three-stop temple tour that also includes Sringeri and Horanadu. The temple town of Kalasa is also known for the five sacred water bodies or Pancha tirthas - Vasistha Theertha, Naga Theertha, Koti Theertha, Rudra Theertha, Amba Theertha. Each of these spots is associated with an event in mythology. Visitors can also enjoy the climb to Duggapan Katte, from where they can enjoy views of the entire temple town of Kalasa.