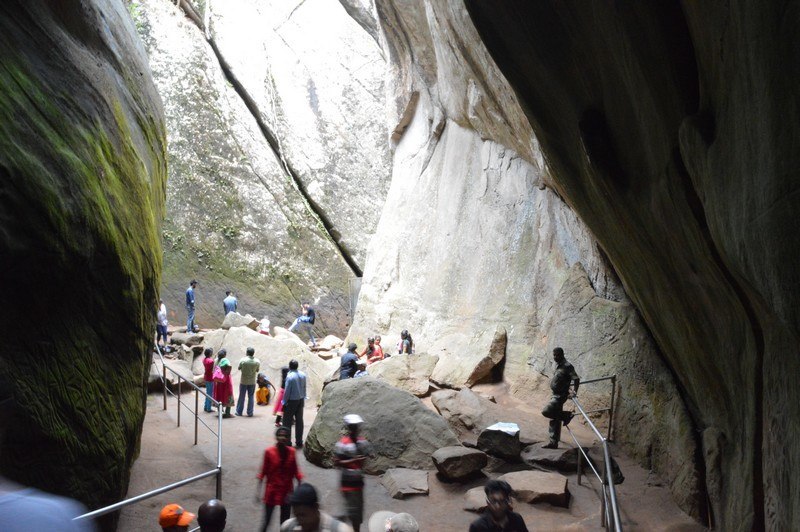 Travel Tips: This place can be visited along with Wayanad Heritage Museum

At a distance of 6 km from Ambalavalayal, 14 km from Sulthan Bathery, and 28 km from Kalpetta, Edakkal Caves are two natural caves located on top of Ambukutty Mala near Ambalavalayal in Wayanad. It is one of the popular places of heritage in Kerala, and among the must-include places in Wayanad tour.

Situated at an altitude of 4000 feet, Edakkal Caves were discovered by Fred Fawcett, the then Superintendent of Police of the Malabar district in 1890, during his hunting trip to Wayanad. The name 'Edakkal' literally means 'a stone in between'. Here one can see a cave formed by a heavy boulder straddling a fissure in the rock. This heritage site is considered one of the prime Wayanad places to visit, especially for history buffs.

Many legends are there behind the formation of Edakkal caves. According to one, these caves are said to be formed with the arrows fired by Lava and Kusha, the sons of Lord Sri Rama. Another one is associated with Kutti Chathan and the Goddess Mudiampilly. The local people used to have a pilgrimage trip to this place to honor the Goddess.

The caves have two levels accessible through narrow iron steps. The lower chamber is around 18 feet long and 10 feet high. A small path from here leads to the upper chamber which is around 95 feet long and 18 feet high. These caves are natural rock formations that were formed by a large split in a huge rock. The stone walls in the upper chamber have several line drawings belonging to the Neolithic Age dating back to 6000 BC, the earliest drawings being 8000 years old. According to archaeologists, this place is one of the earliest centers of human habitation. There are few rock carvings from the Bible that were carved recently near the entrance of the trek path.

The caves can be reached by about a 1.5 km uphill trek from the parking area at the bottom. Most of the trekking path is cemented and lined up with several shops selling spices, drinks, and locally made handicrafts. The trekking route is covered with coffee plantations and it takes around 45 minutes to climb up the hills. The views of Wayanad hills and surrounding peaks from the entrance of the main cave are breathtaking. Jeeps and Auto Rickshaws are available to reach the caves from Ambalavayal.

There is a ticket office situated on the hilltop from where travellers can buy entry tickets. An iron gate at the entrance leads inside these caves, which take tourists to the pre-historic period. There is a telescope near the caves for better views of the surrounding valley.