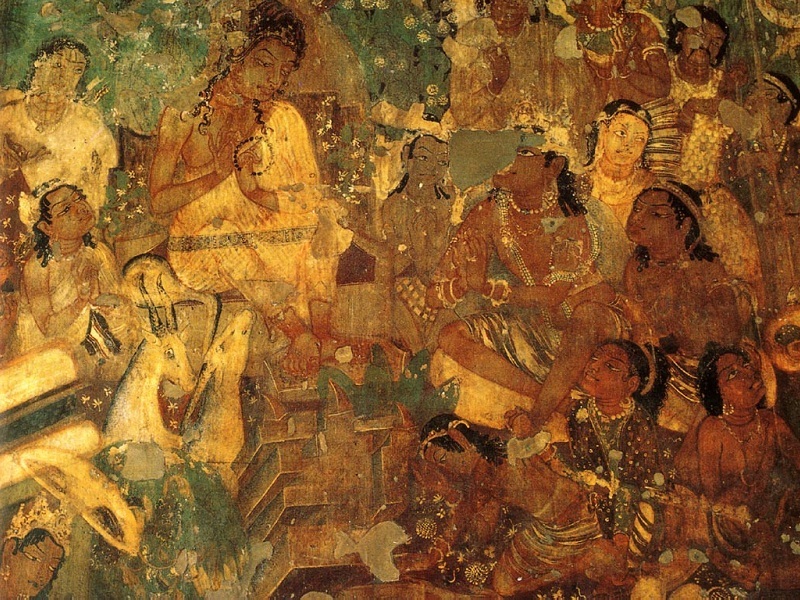 #1 of 14 Places to Visit in Ajanta Caves

At a distance of 350 m from Ajanta Foot Cave Bus Stop, Cave 1 is an ancient rock-cut cave situated in the cave complex of Ajanta. It is one of the best-preserved caves, and among the most popular places to visit as part of Ajanta Caves tour packages.

Cave 1 is situated on the eastern end of the horseshoe-shaped bend of the rock surface and is the first cave the visitor encounters. Cave 1 is considered to be the most splendid Buddhist vihara in India and among the famous places to visit in Ajanta Caves. Possibly created to be an imperial cave of king Harishena, the monastery, consists of a hall sided by 14 cells, vestibule, sanctum sanctorum, an open verandah flanked by a cell on each side, and an open courtyard with two cells on the sides, datable to 4th - 5th centuries AD. There are three doorways: a central doorway and two side doorways. Two square windows were carved between the doorways to brighten the interiors.

The facade of the cave is adorned with elaborate and exquisite carvings depicting scenes from the life of Buddha. The porch still contains few mural paintings which once covered most of the spacious porch. The main hall is about 6 m high with a shrine located at the rear wall to house an impressive image of seated Buddha in preaching posture. The doorway to the antechamber is flanked by beautiful murals of two great bodhisattvas. On the right, holding a thunderbolt, is Avalokitesvara (or Vajrapani), the most important bodhisattva in Mahayana Buddhism. On the left, holding a water lily is the bodhisattva Padmapani.

Paintings covering walls are in a good state of conservation and belong to the best examples of ancient Indian art. The scenes depicted are mostly devotional, and ornamental, with scenes from the life of the Gautama Buddha, and those of his generation. The sidewalls of the antechamber show two scenes from the Buddha's life: his temptation by Mara just before his enlightenment and the miracle of Sravasti, where Buddha multiplied himself into thousand images. Above the left porch of Cave 1 are friezes of the Three Signs (a sick man, an old man, and a corpse) that the Buddha saw on his fateful journey outside the palace that led him to become a monk.