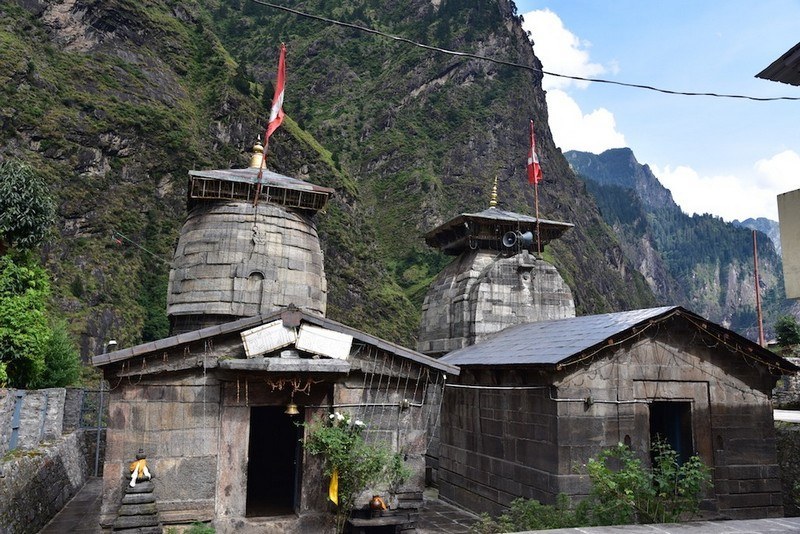 Travel Tips: This place situated between Joshimath and Badrinath and can be visited while travelling to Badrinath

According to legend, Pandukeshwar was established by King Pandu, father of great Pandavas of Mahabharata epic. He was living with his wives Kunti and Madri in Pandukeshwar after giving his throne to his elder brother Dhritharashtra. One day Pandu went on hunting in the jungle and unintentionally killed a sage making love in deer form. While the sage was dying he cursed Pandu that he will not be able make love with anyone and if he does, he will die instantly. To get cleanse of sin of killing of the sage, Pandu installed the bronze image of Vishnu in the Yogadhyan Badri shrine and mediated. Meanwhile Kunti and Madri gave birth to Pandavas through yogadhyan. Once, Pandu got attracted towards Madri who was taking bath in Alakananda River, soon Pandu died due to curse of sage.

There are two famous temples in Pandukeshwar. Yogadhyan Badri Temple, one of Sapta Badri shrines and other is Lord Vasudev Temple. Pandu is believed to have installed the bronze image of Vishnu in the Yogadhyan Badri shrine. Copper plate inscriptions found here indicate rule by early Katyuri Rajas and the region was known as Panchal Desh, now known as Uttarakhand.

The idol of presiding deity Lord Vishnu is in a meditative posture and thus the image is called Yoga Dhyan Badri. The idol is life size and has been carved from Shaligram stone. According to legend, the Pandavas, after defeating and killing their cousins Kauravas in the Mahabharata war, handed over Hastinapur to King Parikshit and retired here. Yogadhyan Badri Temple is the home for Utsava murti in winters when Badrinath is closed. The holy procession for the opening of the temple starts from here.

Lord Vasudev Temple was believed to have been built by Pandavas. During the 12 years of exile, Pandavas visited Pandukeshwar and performed funeral of their father Pandu. Here, Arjun also medidated during exile period and got blessing from Indra.