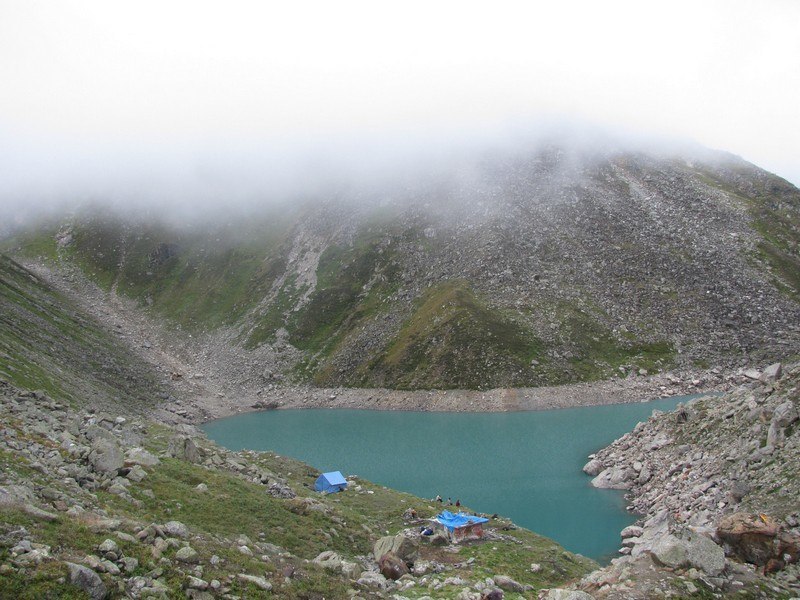 #8 of 16 Places to Visit in Badrinath

At a distance of 30 km from Badrinath and 25 km from Mana, Satopanth is a mountain lake situated close to Swargarohini Peak in the Chamoli district of Uttarakhand. It is situated at an altitude of 4,600 m (15,100 feet) in Garhwal Himalayas. It is one of the well known destination for trekking in Uttarakhand.

The lake is considered to be of religious significance to the local people. There is a saint known as Moni Baba, who stopped talking several years ago. There is a common belief that he can live only on sun and air, if food is unavailable. Also some unique birds are found here, which pick up the pollutants of the lake and thus keep the lake clean. The local belief is that these birds are Gandharvas who guard the lake against evils. The lake can be reached by trek crossing Lakshmivan and Chakratirtha. It is said that goddess Lakshmi and her husband Narayan meditated in Lakshmivan and Chakratirtha respectively and while meditating Narayan kept his famous Sudarshan Chakra on the valley which depressed by the weight of that Chakra to form a beautiful round shaped meadow surrounded by lofty mountains.

Satopanth Lake is one of the difficult trekking trails in Uttarakhand and one of the most beautiful trekking routes in Himalayas. The trek to Satopanth starts from Mana, 5 km ahead of Badrinath. Visitors have to take the regular trekking route to Vasudhara, the trail ascends higher and then crossing a dangerous Dhano Glacier. The lake could be reached after crossing Lakshmivan (8 km from Mana) and Chakratirtha (13 km from Lakshmivan). Natural Caves along the path are used as the night shelter. From Chakratirtha, Satopanth Tal is only a 4 km trek. This trek needs minimum 4-5 days. Travellers have to carry their stoves or cooked food from Badrinath as there is no provision of food on the trail.

The best time to visit Satopanth Lake is from May to September. The lake remains frozen from October to April.