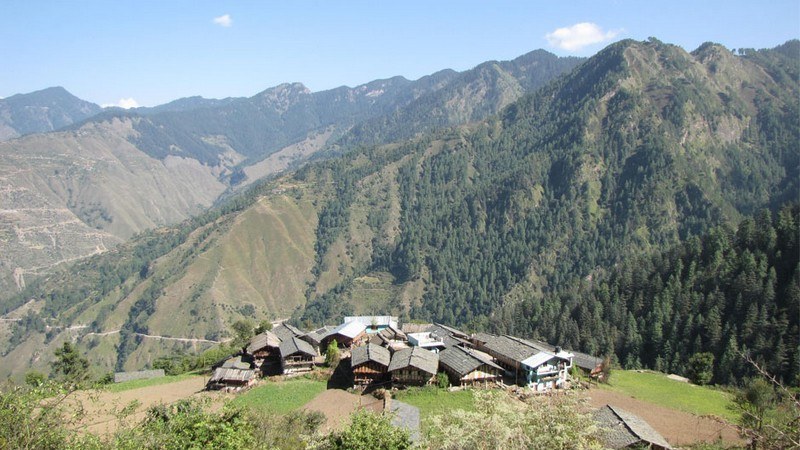 At a distance of 87 km from Dehradun, 98 km from Mussoorie and 43 km from Kalsi, Chakrata is a beautiful town in Dehradun district. It is situated between the Tons and Yamuna rivers, at an elevation of 2118 m. It was originally a cantonment town during British rule. The town, enclosed between Kinnaur in the west and Mussoorie in the east, is known for its beautiful and serene location. It is one of the popular summer destinations in Uttarakhand state and also one of the best places around Dehradun.

The town was earlier known as Jaunsar Bawar, belonging to the Jaunsari tribes. The cantonment of British Indian Army was established here in 1866 by Colonel Hume of the 55th Regiment and the troops first occupied the cantonment in April 1869. This place was a summer retreat for officials of the English East India Company.

Chakrata is an ideal spot for nature lovers, bird watchers, adventure lovers and wildlife enthusiasts. The hill station is rich in varied panoramic views. Kharamba Peak, at an altitude of 10,000 feet provides opportunities for climbing and skiing. There are numerous caves and ancient temples near Chakrata which add to the attraction of this secluded hill station. The chief attraction around Chakrata is Tiger Fall waterfall and a small hamlet known as Deoban that provides views of the Great Wall of China. Hanol Mahasu Temple and the Lakhamandal are the other attractions near Chakrata.