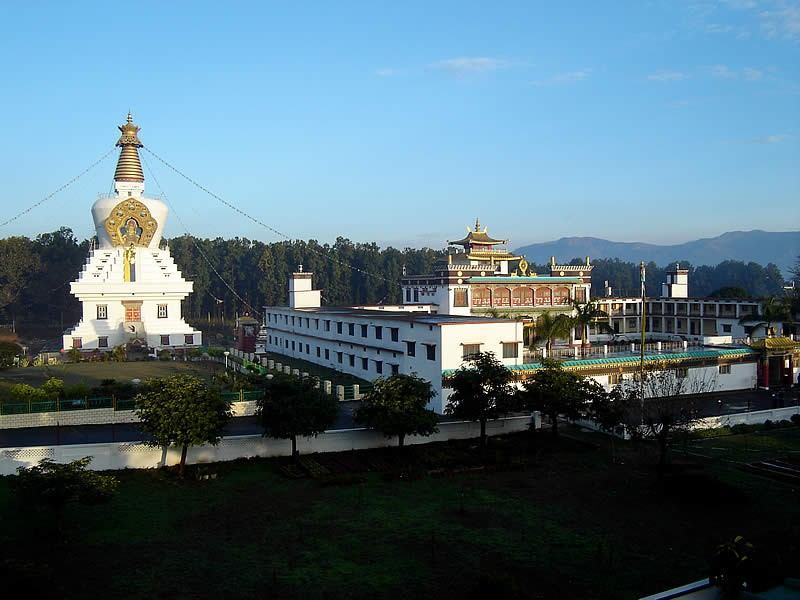 The Buddha Temple was constructed in 1965 by Kochen Rinpoche and few other monks for the protection of religious & cultural understanding of Buddhism. It is believed that the temple was designed and built by around 50 artists who took three-years to create the structure. Locally known as Tibetan Monastery, the monastery is known for its architectural beauty. The wall paintings inside the temple depicting the life of Lord Buddha are simply spectacular.

The Monastery was built in Japanese architectural style. One of the major attractions of the monastery is its stupa, which was inaugurated in 2002. Popularly known as the Great Stupa, it is 220 feet in height and 100 sq. feet in width. It is claimed to be the largest stupa in Asia. A two acre lush green garden is spread around the magnificent stupa. The art work of the stupa is a magnificent example of Buddhist art.

This beautiful Buddha temple has five floors and enshrines statues of Buddha and Guru Padmasambhava. First three floors have ornate gold color wall paintings. The fourth floor has an open platform which offers a magnificent 360-degree view of the Dehradun Valley. Visitors are allowed to the upper floor of this structure only on Sundays.

Another major attraction of the temple is a 130 feet tall statue of Buddha. The complex also comprises of a beautiful garden and a bookstore which stocks Tibetan books.