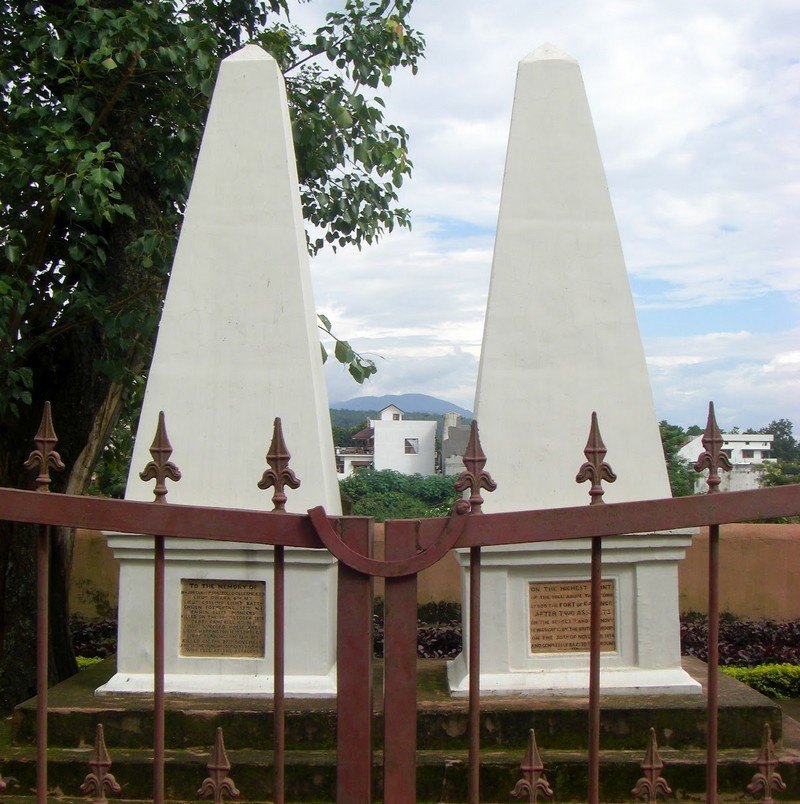 At a distance of 5.5 km from Dehradun Railway Station, the Kalinga War memorial is situated on Sahastradhara Road in Dehradun. This is the only War Memorial in the world created by an army for their Enemies.

The Kalinga War Memorial in Dehradun was established by the British. The Anglo-Gurkha war took place between the Gurkha soldiers and the British Army in the year 1814. The Gurkhas from Nepal invaded the Garhwal region. They captured the Kalinga Fort in Nalapani but were finally defeated by British Army.

During the battle, Gurkha soldiers protected the Kalinga Fort in Nalapani for more than six weeks without drinking water and food. They were determined to fight till the death and fought fierce battle with British Army. Such a courage and bravery really impressed British and they built this memorial for Gurkha soldiers. After this war, the British Army started recruiting a large number of Gorkhas in its army which is still continued even today by Indian Army and British Army.

The structure of the memorial is simple but the writings on the monument speak vividly of the Gurkha War and how brave Gurkhas are. This memorial is a pride for Gurkha community.