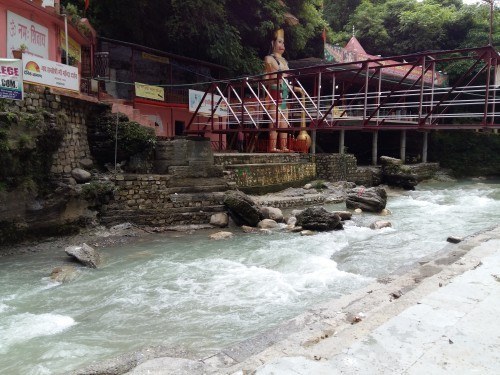 At a distance of 6.5 km from Dehradun Railway Station, Tapkeshwar Temple, also known as Tapkeshwar Mahadev Temple, is an ancient temple situated in the Garhi Cantonment area in Dehradun. It lies on the banks of Asan River and is one of the most famous temples in Dehradun and also among best places to visit in Dehradun.

The temple is dedicated to Lord Shiva. The main Shiva Linga at the temple is situated inside a natural cave known as Drona Cave. The Tapkeshwar Mahadev Temple houses two Shiva Lingas, both believed to be self manifested. The name of the temple is derived from the Hindi word Tapak, which means water drop. Water drops from the ceiling of the cave trickle down over the Shiva Linga in a continuous downpour. This water eventually disappears underground to reappear as a stream near the temple. The Tapkeshwar Temple also has cool sulphur springs nearby where pilgrims take bathe.

It is believed that this temple dates back to the era of Mahabharata. According to legend, Guru Drona of Pandavas and Kauravas, meditated in this cave to gain the knowledge and expertise in military arts such as archery with the blessings of Lord Shiva. It was here that Guru Dronacharya and his wife, Kripi, were blessed with a son, Ashwathama. She didn't properly feed him with her milk. As Dronacharya was unable to afford cow milk, Ashwathama, the clever child prayed to Lord Shiva and milk started dripping from this cave owing to the powers of Lord Shiva.

A large festival is held on Shivratri at Tapkeshwar Temple. This festival is known as Tapkeshwar Fair and has great religious significance. Thousands of devotees flock to this place to see the special marriage ceremony of Shiva and Parvati.