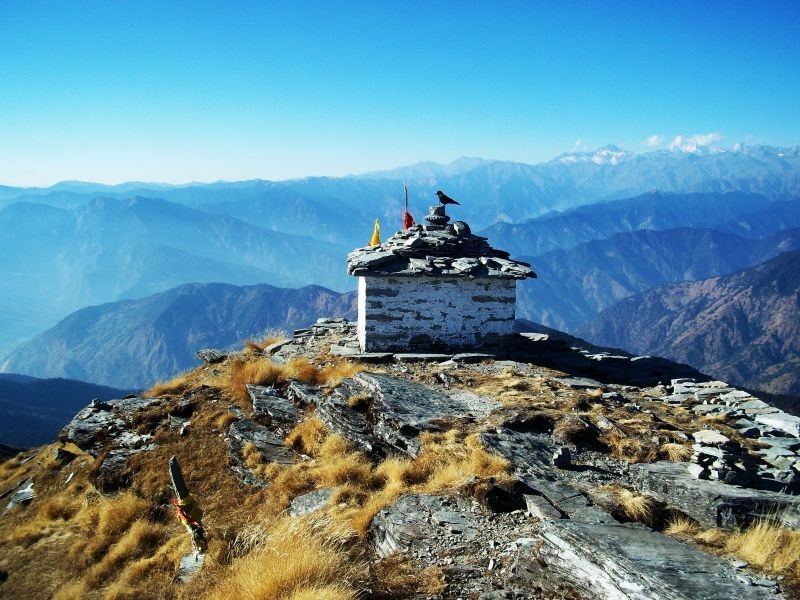 Travel Tips: This place is trekked from Chopta via Tungnath

At a distance of 1 km from Tungnath, 4.5 km from Chopta, 32 km from Ukhimath, 74 km from Rudraprayag and 89 km from Kedarnath, Chandrashila is the summit of the Chandranath Parvat on which Tungnath Temple of Panch Kedar is located. It is situated at a height of 4000 m above sea level. This is one of the most popular Tourist places in Uttarakhand.

Chandrashila trek is one of the most popular treks in the region. The trek to the peak is about 4.5 km which starts from Chopta via Tungnath (3 km from Chopta), where the highest Shiva temple is situated. Chandrashila can be reached by a further 1.5 km steep trek from Tungnath and offers mesmerizing views of the grandeur of Himalayan ranges. Though shorter in distance, steep climbing makes this trek a tough task. This trek takes approximately 6-7 hours both ways.

The Chandrashila summit offers the most beautiful view of the Nanda Devi, Trishul, Kedar Peak and Chaukhamba peaks. The 360ş panoramic view of the Himalayan peaks covered with glittering snow enchants the trekkers.

Chandrashila trek is undertaken throughout the year in Garhwal Himalayas except during snowbound months of December & January. During winter season due to snowfall this trek becomes hard as road to Chopta gets closed.