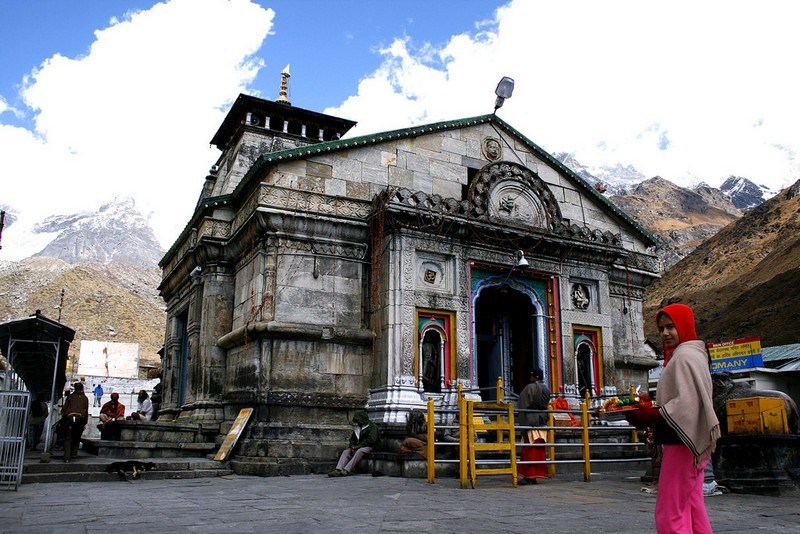 #1 of 18 Places to Visit in Kedarnath

According to mythology, Pandavas were seeking remorse from Lord Shiva for killing their relatives in the battle of Kurukshetra. Shiva didn't want to give darshan so Lord Shiva converted himself into a big bull and tried to escape. In search of Lord Shiva, Pandavas then reached Gaurikund where they spotted an unusual bull. They started chasing it. The Bull hid its face inside the Earth as Bheema pulled its tail. A tug-of-war ensued and at the end, the face of the bull landed in Nepal (Doleshwar Mahadev Temple) and other parts landed in the Panch Kedars. The hump of the bull was found here. On the hind part of the Bull, Lord Shiva gave darshan to Pandavas and pardoned them of their sins.

The Temple is built of large sized rocks on a rectangular platform. The Temple has a Sanctum and an assembly hall. Inscriptions in the Pali Language can be seen on the steps that lead to the Sanctum. The revered Shiva Lingam housed in the temple is in the unusual pyramidal form. The inner walls of the assembly hall are decorated with figures of various deities and scenes from mythology. At the entrance of the temple is the statue of Nandi, the divine vehicle of Shiva. The hall consists of statues of the Pandavas, Lord Krishna, Draupadi and Virbhadra.

Badri - Kedar Utsav is the main festival of Kedarnath and is usually organized in the month of June. Artists from different parts of Uttarakhand come together to showcase their musical talent dedicated to Lord Vishnu and Lord Shiva. The festival lasts for 8 days. Shravan Annakoot Mela is celebrated on a day before the Raksha Bandhan festival. On this day, the shivlinga is covered with cooked rice. Several Poojas are performed for the day and then the rice is distributed as Prasad to the devotees. This Prasad is believed to be special as it is considered as a blessing from Lord Shiva himself.