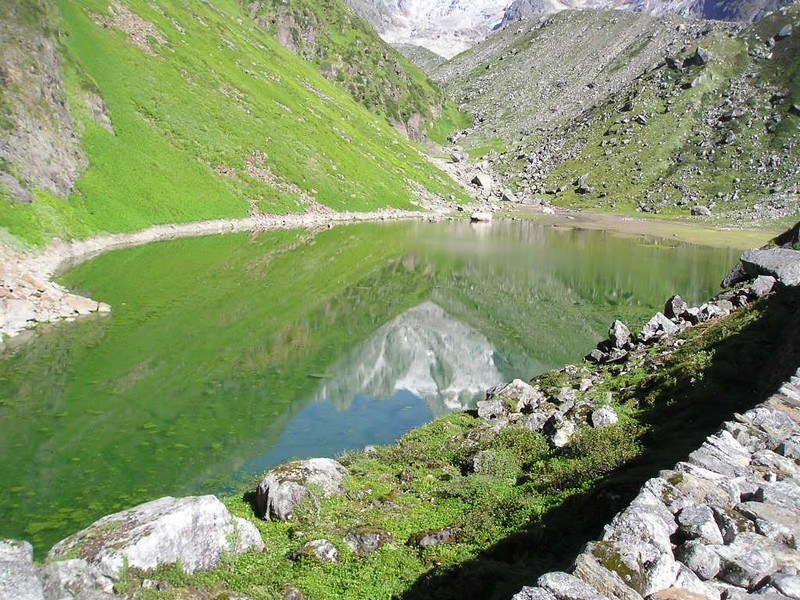 #2 of 18 Places to Visit in Kedarnath

At a distance of 3 km from Kedarnath, Chorabari Tal, also known as Gandhi Tal, is a beautiful lake produced from the Chorabari Bamak glacier.

Chorabari Tal is a small lake that holds crystal clear water. Perched at an altitude of 3,900 m above sea level, Gandhi Sarovar lies on the foot of Kedarnath and Kirthi Stambh peak. It offers magnificent views of the surrounding Himalayan peaks.

The original name of the lake is Kanti Sarovar. In the year 1948, some of Mahatma Gandhi's ashes were immersed here, after which it was renamed Gandhi Sarovar. According to mythology, this lake was the place where Lord Shiva imparted the knowledge of Yoga to the Saptrishis. There is a Bhairava Temple close to the glacier adjacent to a cliff known as Bhairava Jhamp. The cliff was a place where devotees jumped off, believing that it would bring them mukti. The practice was banned by the British administration in the 19th century.

The lake demands a trek of 3 km and is visited in summer. It is advised to visit Gandhi Sarovar early in the morning, because the weather of this region changes rapidly. The 3 km trek commences from the iron bridge of Kedarnath and ends up at Gandhi Sarovar. The trek is easy and beautiful through grassy fields. There is a beautiful Madhu Ganga waterfall enroute to this lake.