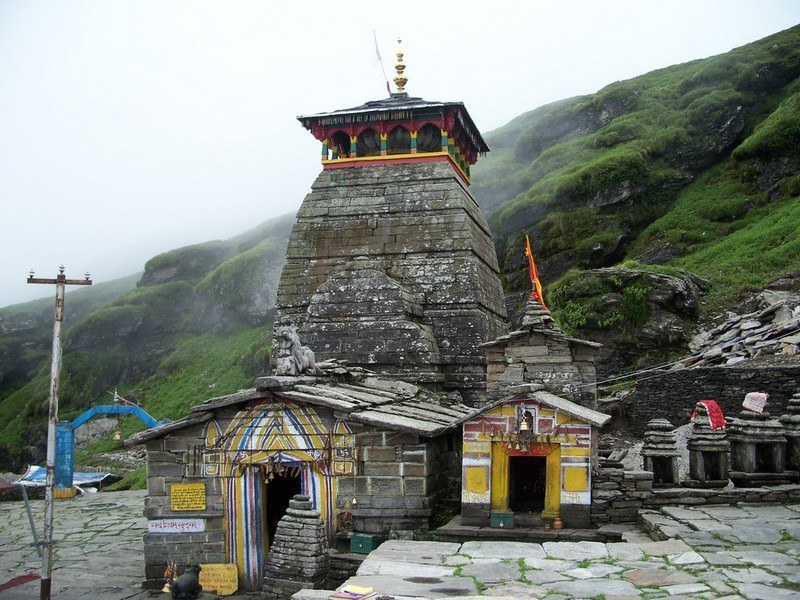 #4 of 18 Places to Visit in Kedarnath

At a distance of 3 km from Chopta, 32 km from Ukhimath, 88 km from Kedarnath, 73 km from Rudraprayag, Tungnath is one of the Panch Kedar temples and at an altitude of 3,680, it is the highest Shiva temple in the world. It is located on the Chandranath parvat in the Rudraprayag district of Uttarakhand. It is a well know pilgrimage center and also a frequented place of trekking in Uttarakhand.

Tungnath temple is dedicated to Lord Shiva. The temple is believed to be 1000 years old and is the third in the order of the Panch Kedars. This sacred temple was discovered by Adi Shankaracharya. According to mythology, Vyas Rishi told the Pandavas that since they were culpable of slaying their own cousins during the Mahabharata war; their act could be pardoned only by Lord Shiva. Pandavas began to search Lord Shiva in the Himalayas and Lord Shiva kept avoiding them because they were guilty. In order to escape from the Pandavas, Lord Shiva disguised himself as a bull and took refuge underground. The places where the parts of the bull were found are now renowned Shiva temples, where Pandavas built temples of Lord Shiva at each location, to worship and venerate, seeking his pardon and blessings. Each one is identified with a part of his body; the navel and stomach at Madyamaheshwar, the hump at Kedarnath, the arm at Tungnath, the face at Rudranath, and his jata (hair or locks) at Kalpeshwar.

The temple was built in the Nagara style of architecture. It is a small shrine and can accommodate only ten people in the sanctum. The sanctum contains the sacred black stone of one feet high, denoting the form of arms of Lord Shiva is worshipped. The construction of this temple is credited to Arjuna, the third of the Pandavas. In the main sanctum, idols of sage Vyas and Kala Bhairav, disciples of Shiva, are also installed in the sanctum. The temple also houses the images of the Pandavas and silver plaques of other four Kedar shrines. At the entrance to the temple there is a Nandi stone image facing towards the sanctum.

Akash Ganga Waterfalls is situated close to Tungnath, which has a temple dedicated to Nanda Devi. This temple houses a statue of Adi Guru Sankaracharya and it can be easily reached from the Tungnath Temple. The Tungnath mountains form the Mandakini and Alakananda river valleys. The peak of Tungnath is the source of three springs that form the river Akashkamini.

Apart from being a popular pilgrimage destination, Tungnath is a popular trekking and adventure destination. The 3 km trek starts from Chopta. It is a steep trek and takes nearly 3 hours. The trek goes through rocky terrains, green meadows and rhododendron bushes. Several peaks of the Himalayan range are distinctly visible from Tungnath. Another 1.5 km steep trek from here takes you to Chandrashila summit which offers a majestic view of snow clad Himalayan peaks including Trishul, Nanda Devi, and Chaukhamba.

Tungnath temple opens with the opening of Char Dhams of Uttrakhand, during April / May each year. During the winter season, the temple is closed and the image of the deity and the temple priests are moved to Makku, which is 19 km from here.

The best time to visit Tungnath is from September - October and May -June.