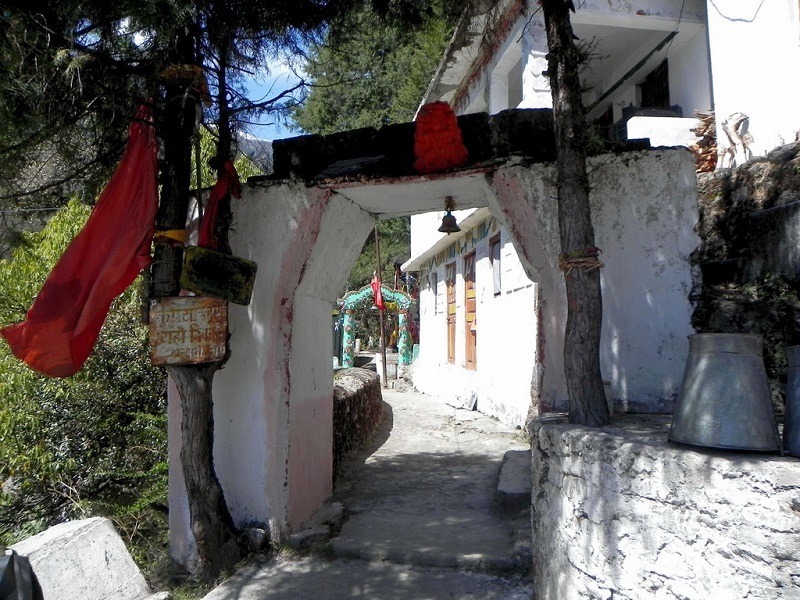 #7 of 18 Places to Visit in Kedarnath

At a distance of 12 km from Helang, 27 km from Joshimath and 56 km from Gopeshwar & 215 km from Kedarnath, Kalpeshwar is a pilgrimage site dedicated to Lord Shiva located in the picturesque Urgam valley in Chamoli district of Uttarakhand. It lies at an altitude of 2200 m in the Garhwal Himalayas. It is a part of the famous Panch Kedars and also a good trekking route near Joshimath.

Kalpeshwar temple is the fifth temple to be visited in the Panch Kedar pilgrimage circuit, comprising five Shiva temples in the Garhwal region. Kalpeshwar is the only Panch Kedar temple accessible throughout the year. This temple is a small stone temple and has a stone idol of Lord Shiva. Nearby the temple is a cave upon which is the image of hair locks are carved naturally. These are considered to be the hair locks of Lord Shiva that appeared in Kalpeshwar. Hence, Lord Shiva is also called as Jatadhar or Jateshwar. Kalpeshwar houses the famous Kalpavriksha. This tree is believed to fulfill all the wishes of a person.

The Kalpeshwar temple is believed to be established by the Pandavas, the heroes of the Hindu epic Mahabharata. Legend has it that the Pandavas came to the Himalayan mountains in search of god Shiva, to redeem them of the sins of killing Kauravas in the epic Kurukshetra war. God Shiva did not wanted to meet them and escaped in form of a bull in the ground and reentered in parts in the Panch Kedar places: the hump raising in Kedarnath, the arms appearing in Tungnath, the navel and stomach surfacing in Madhyamaheshwar, the face showing up at Rudranath and the hair and the head appearing in Kalpeshwar.

Earlier, the temple is reached after a trek of 12 km from Helang which is the nearest motor head on Rishikesh - Badrinath route. But now a motorable road has been built up to Urgam village from Helang. Visitors need to trek only 2 km from Urgam to Kalpeshwar. This shrine is a delight for the tourists with striking views of valley with terraced fields and lush green forests. On the trek visitors can see Boodha Kedar temple, Dhyan Badri temple at Urgam village.

The best time to visit Kalpeshwar is from May-June and September-October.