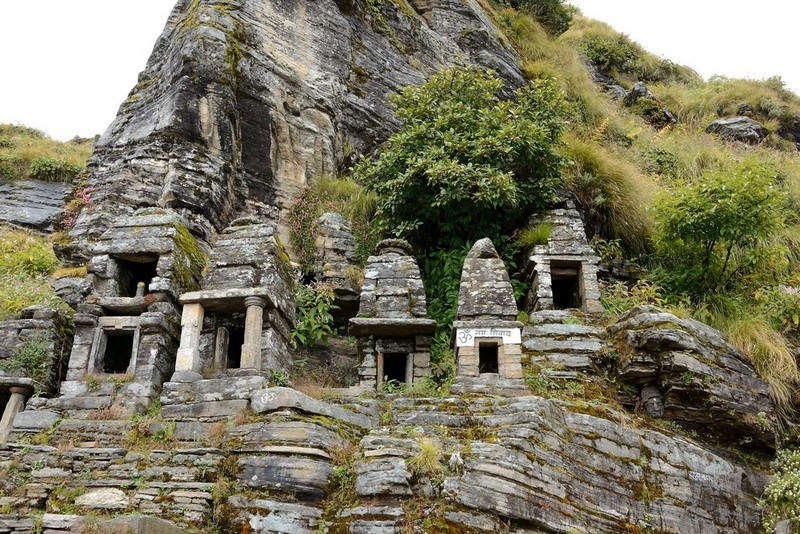 #5 of 18 Places to Visit in Kedarnath

At a distance of 25 km from Gopeshwar, 83 km from Ukhimath and 140 km from Kedarnath, Rudranath is a pilgrimage site dedicated to Lord Shiva, situated in the Chamoli district of Uttarakhand. It lies at an altitude of 2286 m in the Garhwal Himalayan Mountains. Rudranath is the third temple to be visited in the Panch Kedar pilgrimage circuit. It is a popular pilgrimage site and also a famous place for trekking in Uttarakhand.

The Rudranath temple is believed to be established by the Pandavas, the heroes of the Hindu epic Mahabharata. Legend has it that the Pandavas came to the Himalayan mountains in search of god Shiva, to redeem them of the sins of killing Kauravas in the epic Kurukshetra war. God Shiva did not wanted to meet them and escaped in form of a bull in the ground and reentered in parts in the Panch Kedar places: the hump raising in Kedarnath, the arms appearing in Tungnath, the navel and stomach surfacing in Madhyamaheshwar, the face showing up at Rudranath and the hair and the head appearing in Kalpeshwar.

Rudranath is situated amidst thick forests; here the face (mukha) of god Shiva is worshipped as Nilkanth Mahadeva. The deity is a Swyambhu (self-manifested) Shivalinga shaped like a human face formed by the projection of a huge rock. There are numerous sacred water tanks near the temple. These include Surya-kund, Chandra-kund, Tara-kund, Mana-Kund etc. Nanda Devi, Trishul and Nanda Ghunti are the famous mountain peaks, which provide the backdrop to the temple. The Vaitharini stream or Baitarani or Rudraganga flows near the temple, which has a grey stone idol of Rudranath. The Mandir Committee has a guesthouse where devotees can spend the night.

The temple opens every year in the month of April / May and closes in the mid of November. During the winters the idol of the temple is moved to Gopeshwar and later returned on the opening of the temple. The temple celebrates an annual fair on the full moon day in the Hindu month of Sravan (July/August) around the day of Rakshabandhan.

Rudranath trek is the toughest trek to reach as compared to other Panch Kedar dham of Lord Shiva. Most trekking routes to Rudranath are from Gopeshwar or nearby places.

Trek Route 1: A motorable road is present up to the village Sagar, 5 km from Gopeshwar, beyond which a 20 km trek has to be taken to reach Rudranath. The trek winds through tall grass, oak and rhododendron forests. The trek path is often found to be slippery.

Trek Route 2: An uphill 17 km trek from Gangol gaon, 3 km from Gopeshwar - through the forest and Panar and Naila shepherd settlements.

The best time to visit this place is from September to October.