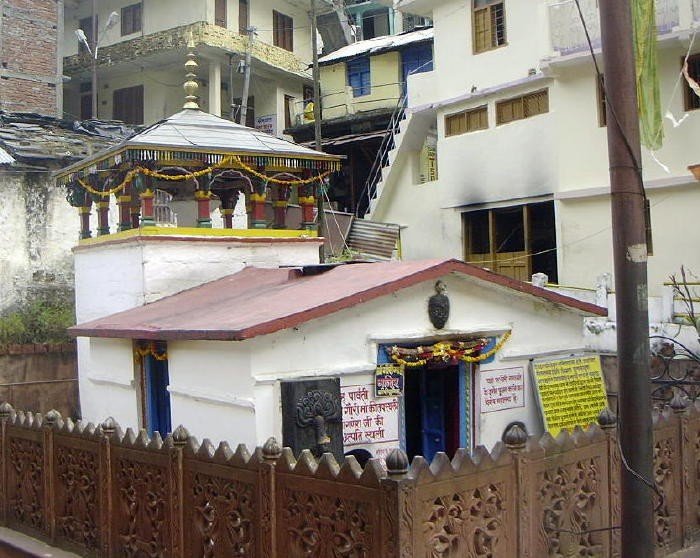 #9 of 18 Places to Visit in Kedarnath

Visited From: From Gaurikund Town

Place Location: On The Way To Kedarnath

Travel Tips: This place can be visited while going to Kedarnath

At a distance of 14 km from Kedarnath and 4 km from Sonprayag, Gaurikund is an important Hindu pilgrimage site on the way to Kedarnath in Rudraprayag district of Uttarakhand. It is situated at an altitude of more than 6000 feet (1982 m) in the Garhwal Himalayas.

Gaurikund has a temple named as Gauri Devi Temple, which is dedicated to Goddess Parvati. According to a legend, it is believed that Parvati meditated at Gaurikund for a long time to win Lord Shiva as her husband. Finally Lord Shiva admitted his love for her and married her at Trijuginarayan, which is located nearby.

This place is also associated with the legend of how Ganesha acquired his elephant head. Goddess Parvati had formed an image of Ganesha from the soap lather on her body and breathed life into it. She placed Ganesha at the entrance of her home as her doorkeeper to prevent anyone from entering while she was bathing. Now Lord Shiva happened to return at this point of time and was stopped by Ganesha. The offended Lord Shiva cut off the boy's head. Parvati insisted that the boy be brought back to life and Shiva took the head of a wandering elephant and placed it on Ganesha's body and his life was restored.

There is also a hot water spring located at Gaurikund. It is believed that a dip in this pond makes a person pure. Additionally, after a dip, a holy darshan in the shrine would fulfill all their desires. Gaurikund also serves as a base camp for Kedarnath trek and pilgrims take a night halt before starting trek to Kedarnath temple during their Chota Char Dham yatra. Now the trek route has been changed from Gaurikund to Sonprayag.