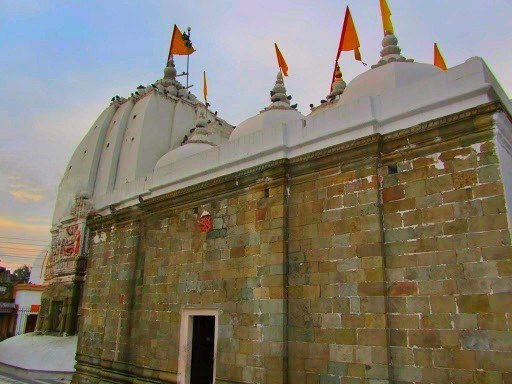 #4 of 28 Places to Visit in Rishikesh

At a distance of 1.5 km from Rishikesh Railway Station and 500 m from Triveni Ghat, Bharat Mandir is an ancient temple located in the heart of Rishikesh. This temple is also known as Hrishikesh Narayan Temple.

Bharat Mandir is one of the oldest temples of Rishikesh. According to the ancient records of Kedarkhand, the main structure of the temple was built by Adi Guru Shankaracharya in 8th century. This temple is said to be devastated in 1398 AD by the attack of Timur. The main deity of the temple is Lord Vishnu, who is referred as Hrishikesh Narayan. The idol of Lord Vishnu was carved out of Saligram, a single black stone and has Himalayan cast of features.

Bharat Temple finds its name in many Hindu scripts and epics like Mahabharata, Vishnu Purana, Shrimadbhagwat, Vaman Puran and Narsingh Puran. It is also believed that Pandavas after the Mahabharata, on the way to heaven stayed at this place and worshipped Lord Hrishikesh Narayan. Many believed that during the reign of Ashoka, Bharat Mandir and other temples in the region was converted as Buddhist monasteries. On excavation, Buddha statue and few relics were found here. One can still find this piece under the old Banayan tree.

Several tourists visit this temple at the time of the famous spring festival, known as Vasant Panchami. On this occasion, Lord Vishnu idol is taken to nearby Mayakund for holy bath and then a grand procession is organized to take back the idol to the temple. According to beliefs, if any one takes 108 rounds the temple on the day of Akshya Tritiya, all wishes would be fulfilled. It is said to be equivalent to holy pilgrimage of Badrinath Dham.

The temple complex has a museum which attracts many historians and archaeologists. This museum showcases sculptures, pottery and decorated bricks found during excavation. The sculptures of Yakshini, Yaksha and four-armed Vishnu in the temple are also worth visiting.