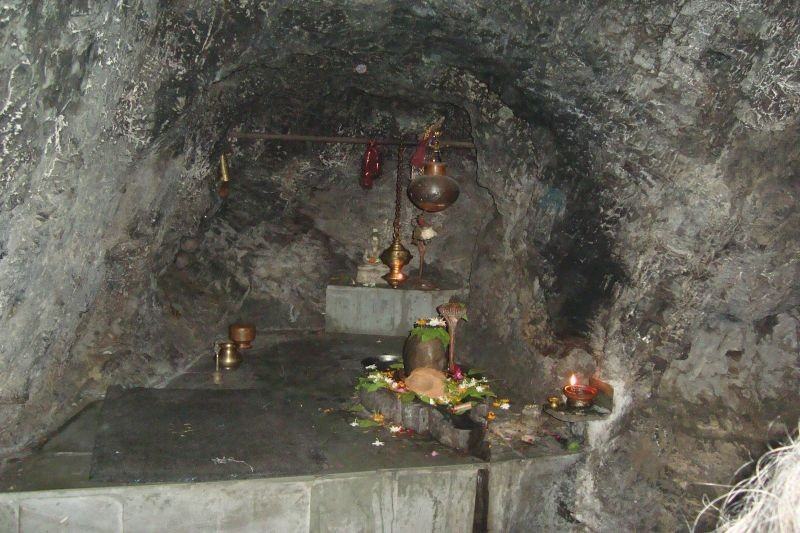 At a distance of 22 km from Rishikesh and 6 km from Shivpuri, Vashishta Gufa or Vashishta Cave is an ancient cave located on Rishikesh - Badrinath road in Uttarakhand.

Vashishta Gufa, situated on the banks of the Ganga River, is a popular place for meditation lovers. This is the cave where great Sage Vashishta said to have meditated. He was also among the seven great sages (Saptarishis) and the guru of Lord Ram. According to Hindu mythology, after the death of his children, Sage Vashishta, he decided to commit suicide in River Ganga, but was refused by Goddess Ganga. Arundhati, Vashishta's wife, liked the location and decided to stay here. Sage Vashishta meditated here for long time in a cave.

It is believed that in the year 1930 Sri Swami Purushottamananda Ji visited this gufa and now his ashram is located close to the Vashishta Gufa, where meditation is practiced. At present, the Swami Purshottamanand Trust manages this cave. The cave is a natural formation of 60 feet deep that has a Shiv Linga inclined vertically into the cave opening. Many people feel amazing while meditating in this cave. There are some rooms built outside the cave area, where many sadhus have been living permanently.

The Vashishta Gufa is situated in the middle of a grove of Gular (Ficus) trees and the slopes leading to sacred River Ganga. To reach this cave, one has to climb a flight of around 200 steps.