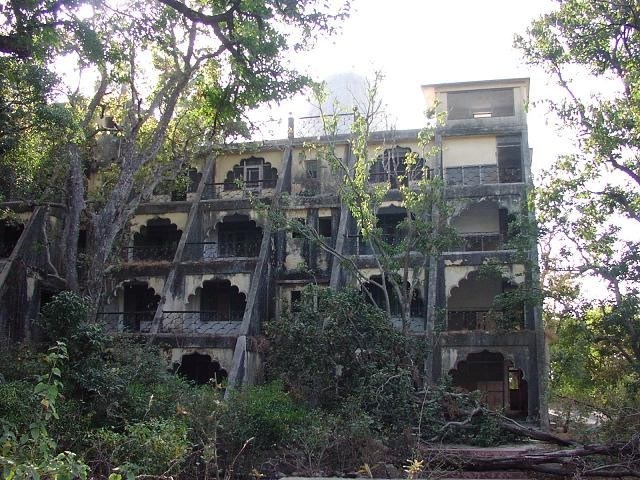 At a distance of 6 km from Rishikesh Railway Station and 1 km from Swarg Ashram, Maharishi Mahesh Yogi Ashram, also known as Beatles Ashram, is situated on the periphery of the Rajaji Tiger Reserve in Rishikesh. This Ashram was setup by Maharishi Mahesh Yogi, the inventor of Transcendental Meditation.

The Ashram was abandoned back in 1997; it has now been taken under the control of the forest department. The interesting part of the ashram was the vibrant Beatles Cathedral Gallery. Located in an abandoned hall, the Beatles Cathedral Gallery is a colorful open space full of images of love and peace. On one side, a series of spiritual leaders crossed the wall horizontally, painted in shades of black, white and red, including images of the Dalai Lama, Sri Prem Baba, Ananda Mayi Ma, Yogananda and Swami Sivananda, with an image of the Beatles dominating in the center.

Recently it is reopened for the visitors. The location now offers nature.