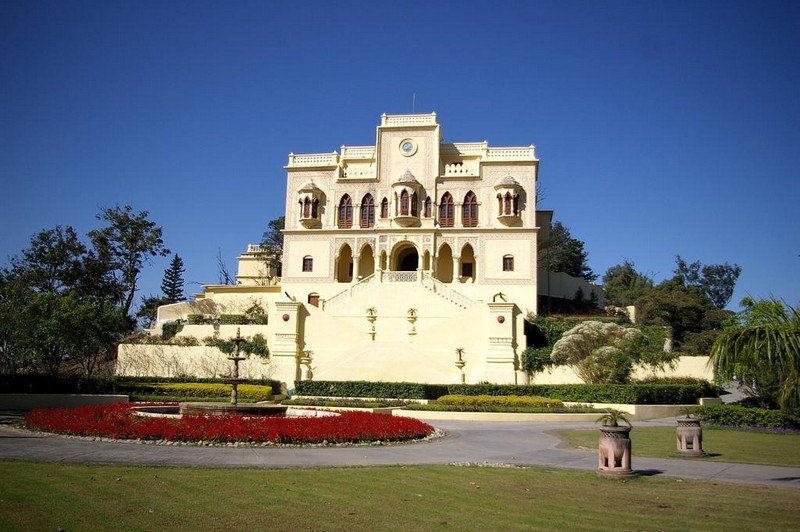 At a distance of 16 km from Rishikesh, Narendra Nagar is a city and a municipal board in Tehri Garhwal district of Uttarakhand. It is situated on the main Rishikesh-Gangotri-Yamunotri route. The town is situated at an elevation of 1,326 m above sea level. This is one of the popular tourist places to visit in Rishikesh.

This town is famous among the visitors for its mythological and historical importance. According to legend, sage Uddhava is known to have performed severe penance at this spot. Also, Purasara, the founder of astrology, has been known to conduct various experiments on the movements of planets and stars.

The small town nestled in the Shivalik foothills was chosen not only for its extraordinary scenic beauty, but also for its proximity to the plains below. The town is well planned and the buildings are neatly placed and are a century old, many of these like the secretariat and the hospital are still in use.

The Royal Palace and a Nandi bull are the main attractions of Narendra Nagar. In the early 1900s, Narendra Nagar became a popular destination with the British Viceroy's of the time. The Palace was visited by former Prime Ministers of India, Lal Bahadur Shastri, Indira Gandhi and spiritual leaders like Anandmayi Ma and Swami Sivanand as well as the last British Viceroy of India, Lord Mountbatten.

Narendra Nagar Palace is now home to Ananda - In the Himalayas, a destination spa. Crowning a picturesque ridge of the mighty Himalayan ranges, the palace is a symbol of the grandeur and splendor of the region's past. Original relief work still adorns the palace walls and two magnificent World War I cannons flank the royal gateway. Nandi Bull is the largest statue of Nandi located in northern India. This artistic statue was sculpted by Avatar Singh Panwar in 1960.