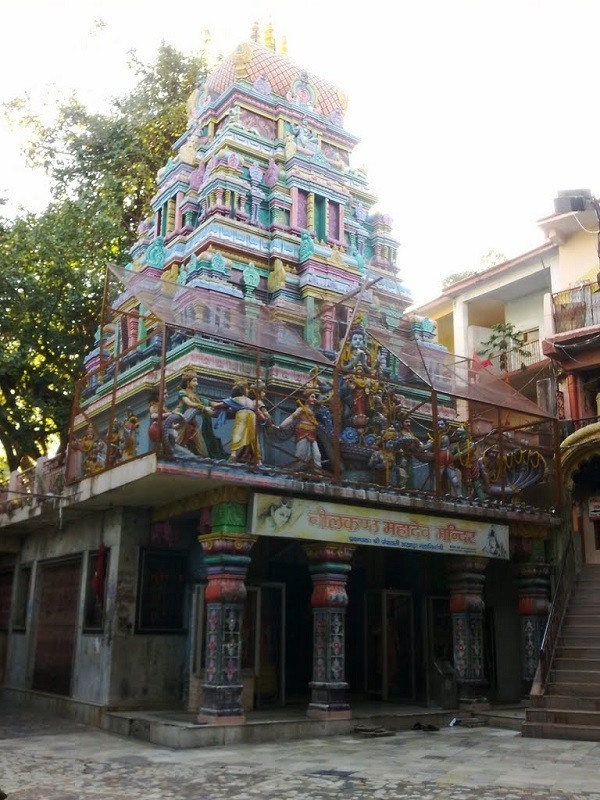 #6 of 29 Places to Visit in Rishikesh

At a distance of 26.5 km from Rishikesh and 50 km from Haridwar, Neelkanth Mahadev Temple is an ancient Hindu temple situated at an altitude of 1330 m and is located in the Pauri Garhwal district of Uttarakhand. This is one of the popular temples in Uttarakhand state and among the top places to visit in Rishikesh.

Neelkanth Mahadev Temple is one of the most revered holy shrines dedicated to Lord Shiva. It is surrounded by dense forest and is adjacent to the mountain ranges of Nar-Narayan. The temple lies amidst the valleys of Manikoot, Brahmakoot and Vishnukoot and is located at the confluence of the rivers Pankaja and Madhumati.

According to Hindu mythology, this is the place where Lord Shiva consumed the poison Halahala that originated from the sea when Devas and Asuras churned the ocean in order to obtain Amrita. He stopped the poison in throat, due to which his neck turned blue. Thus, Lord Shiva is also known as Neelkanth, literally meaning The Blue Throated One.

The architecture of the temple is magnificent and exterior showcases mythological story of Samudra-Manthan. The story of Samudra-Manthan is depicted with intricate carvings of colorful idols of Devas and Asuras and Lord Shiva is seen drinking poison. The sanctum sanctorum houses a Shiva lingam and a life-size idol of goddess Parvati at the entrance of the temple. The temple complex also has a natural spring where devotees usually take a holy bath before entering the temple premises.

There are taxis and Sumos available from the Ram Jhula and Lakshman Jhula taxi stands to reach this temple. The route to the temple is quite scenic which is an attraction itself. There is also a trekking route of 22 km from Ram Jhula.