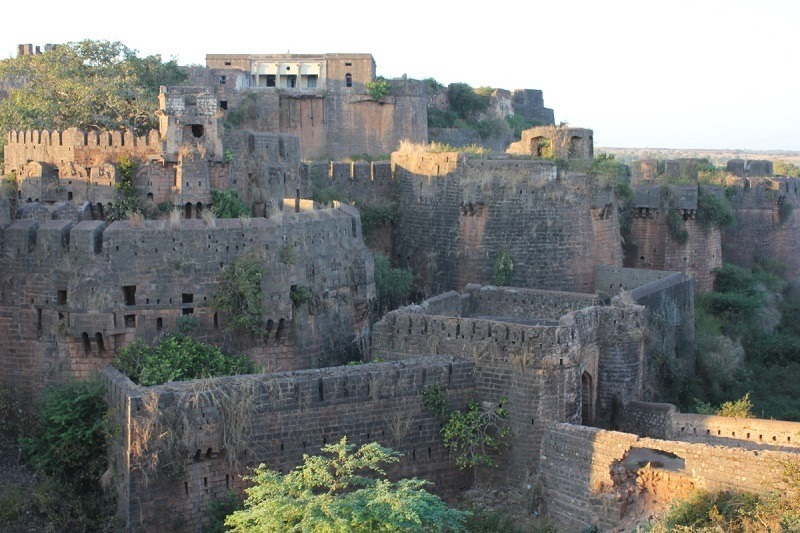 At a distance of 1.6 km from Basavakalyan Bus Stand, 78 km from Gulbarga, and 80 km from Bidar, Basavakalyan Fort, earlier known as Kalyani Fort is located in the town of Basavakalyan. It is one of the popular places of heritage in Karnataka, and among the must include places in Bidar Tour Packages.

Basavakalyan Fort is considered to be one of the oldest and most imposing forts in South India. It was built by King Nalaraja in the 10th century. Basavakalyan, earlier known as Kalyani, was the royal capital of the Western Chalukyan Dynasty from 1050 to 1189. The name was changed to Basavakalyan in 1956. It is named after Basaveshwara, a spiritual scholar from the 12th century. During the rule of Chalukyas, Jainism flourished and a large number of Jain images were carved on the walls of the forts by Chalukya kings. It is one of the most popular places to visit in Bidar.

The fort is strategically built as a defensive structure, with inter-connecting boulders scattered on the hills with strong fort walls. The fort has seven gates, five of them are in perfect condition. At the entrance there is a solid arch with balconies that can be accessed by steps on both sides. The main gate to the citadel is known as the Akhand Darwaza and has been built with four red stone slabs. There is a temple adjoining the Rajmahal palace and a square pond in front of the temple, towards the west side of the temple is the Rani Mahal.

The majority of the places in the fort are now in ruins, the only maintained structure that can be found here is the mosque as an Urdu school is running here. The museum adjoining the fort has a number of Jain idols which belong to the 10th and 11th centuries. There is a large cannon placed at one of the bastions of the fort.