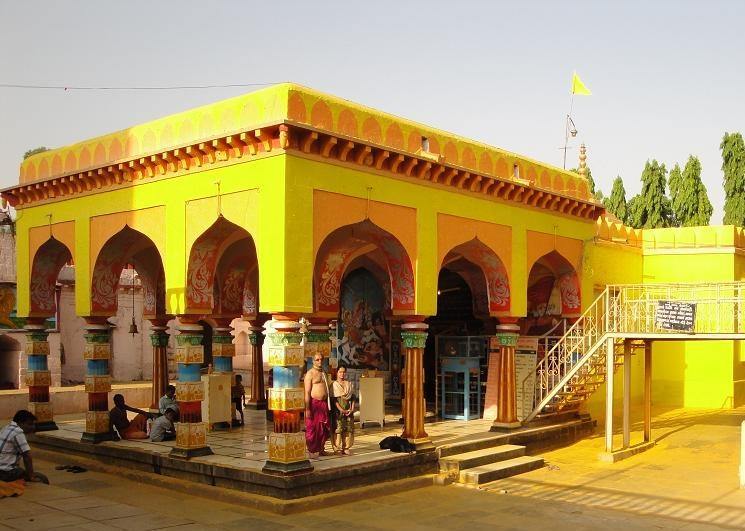 At a distance of 2 km from Khanapur Railway Station and 15 km from Bidar, Sri Mailar Mallanna Temple is an ancient temple situated on Bidar-Udgir Road.

Sri Mailar Mallanna Temple is dedicated to the god Khandoba, another form of Lord Shiva. This avatar of Lord Shiva is classically known as Martanda Bhairava and popularly known as Khandoba among many other names. Martanda Bhairava is described as shining like the gold and sun, covered in turmeric, three-eyed, with a crescent moon on his forehead. The main priest of this temple belongs to Kurubas community.

According to the legend, the demon Mallasur and his younger brother Manikasur (Mani), who had gained the boon of invincibility from Brahma, they started killing and torturing innocent people and sages in and around Mailar. When the sages approached Shiva for protection after Indra and Vishnu confessed their incapability, Shiva assumed the form of Martanda Bhairava riding the Nandi bull leading an army of the Gods.

The demon army was slaughtered by the Gods and finally Khandoba killed Mallasur and Manikasur. While dying, Mallasur offers his white horse to Khandoba as an act of repentance and asks for a boon. The boon is that he will be present in every shrine of Khandoba and thus this temple is called Sri Mailari Mallanna (Khandoba) temple.

The temple is very famous in the north Karnataka and attracts lakhs of devotees on the occasion of Shivaratri festival.