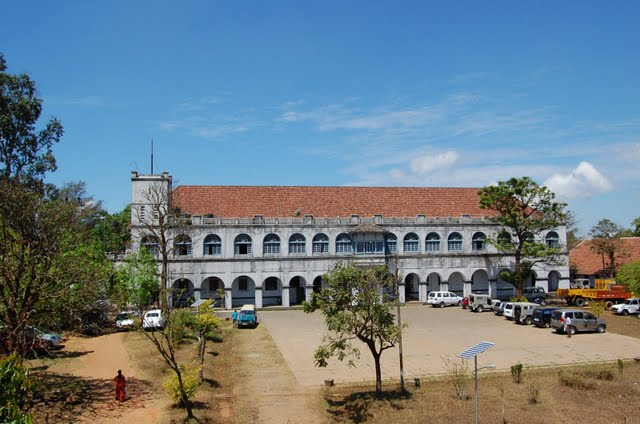 At a distance of 1 km from Madikeri Bus Station, Madikeri Fort is a historical fort situated in the heart of Madikeri town in Coorg district of Karnataka. Still preserving its old charm, Madikeri Fort is one of the most famous tourist attractions in Coorg.

Madikeri Fort was first built by Mudduraja, the then king of Coorg, in the last quarter of the 17th century AD. The king had also constructed a mud palace inside the fort premises. The fort was built as a mud structure and was rebuilt in stone by Tipu Sultan in 1781 AD and named the site as Jaffarabad. In 1790 AD, Dodda Veerarajendra took control of the fort. The fort faced further changes and renovations during the period 1812 - 1814 AD when it came under the rule of Lingarajendra Wodeyar II. In 1834 AD the fort was captured by the British.

The Madikeri Fort showcases beautiful architectural designs. The two storeyed palace in the fort complex is a huge and spacious one which is about 110 feet in length. It was renovated by the British and added a grand clock tower in 1933 AD. The palace also has a sculpture of a tortoise with the initials of King Vijayarajendra engraved on it. Two life-size stone replicas of elephants in the north-east corner draw the attention of the visitors upon their entrance to the fort. It is believed that the fort has few secret passageways and that adds to the mystery of the fort.

In the inner fort, a temple of Virabhadra was removed by the British in 1855 and in its place a church was built. The Church in Gothic style with colour stained glasses has now been converted into a museum by the Archaeological Department. This museum contains several items related to history - mainly the British era and also has a huge portrait of Kodagu's eminent personality Field Marshal K.M. Cariappa. The Mahatma Gandhi Public Library, the Kote Maha Ganapathi temple and the district prison are also situated inside the fort. Today the fort premises house the Madikeri Deputy Commissioner's Office.