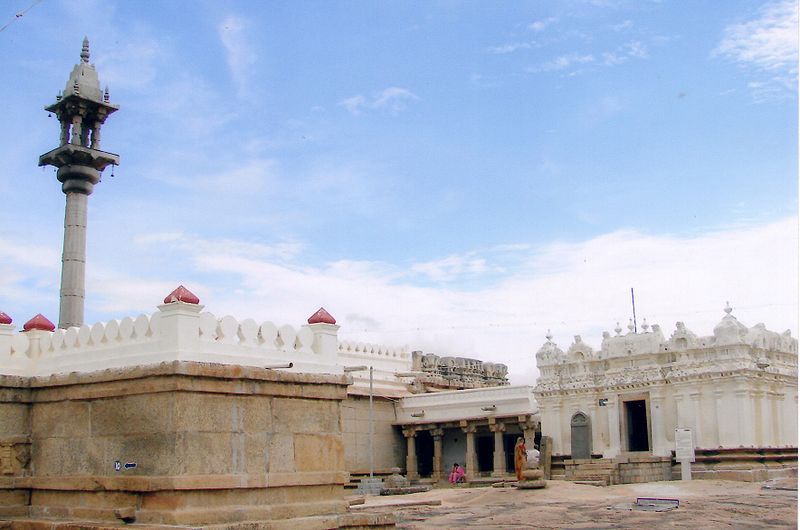 #6 of 22 Places to Visit in Shravanabelagola

The Chandragupta basadi is a triple celled structure where three cells are arranged in a row fronted by a verandah. The cells on either side have small towers over them resembling the chole type. To this was subsequently added an ornamental doorway in front with perforated stone screens at the sides. The screens are pierced with square openings are carved with minute sculptures as the scenes from the lives of the Srutakevali Bhadrabahu and the Maurya Emperor Chandragupta. A sculpture of Parshwanatha is housed in the central shrine while the two side shrines house Padmavati and Kushmandini Yakshis. The outer walls are decorated with different figures. This monument is built around 12th century.