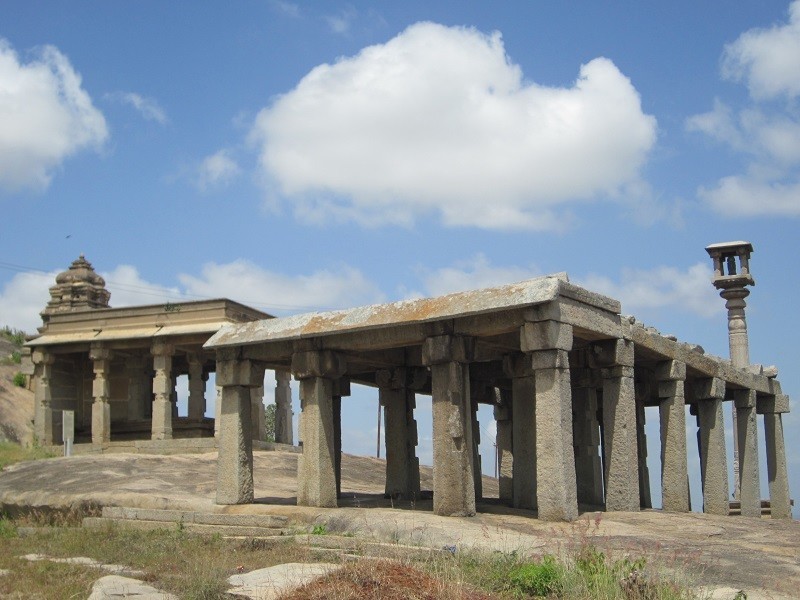 #13 of 16 Places to Visit in Shravanabelagola

Travel Tips: This place is situated near Tyagada Kamba and both are visited together.

At a distance of 1 km from Shravanabelagola Bus Station, Tyagada Kamba is a 17th century Jain basadi situated on Vindhyagiri hill near Tyagada Kamba on the right side while going to Bahubali Gomateshwara Temple.

The basadi is a small shrine with a small pillared madapa and sanctum with a small tower over the sanctum. Built on an elevated platform, the doorway of the main structure has is accompanied by dwarapalakas. The shrine is built against a large boulder which form southern wall of the basadi. The image of Chandraprabha, 8th Jain Thirthankara is carved on the boulder attached to the temple.

There is a large open hall with 24 pillars opposite to the basadi. Also, a large 30 feet manastambha is placed near the open hall. The basadi, hall and manasthambha are built by Chennanna, son of Puttaswamy Setti in 1667 AD.

This place offers panoramic view of the other side of Shravanabelagola town.