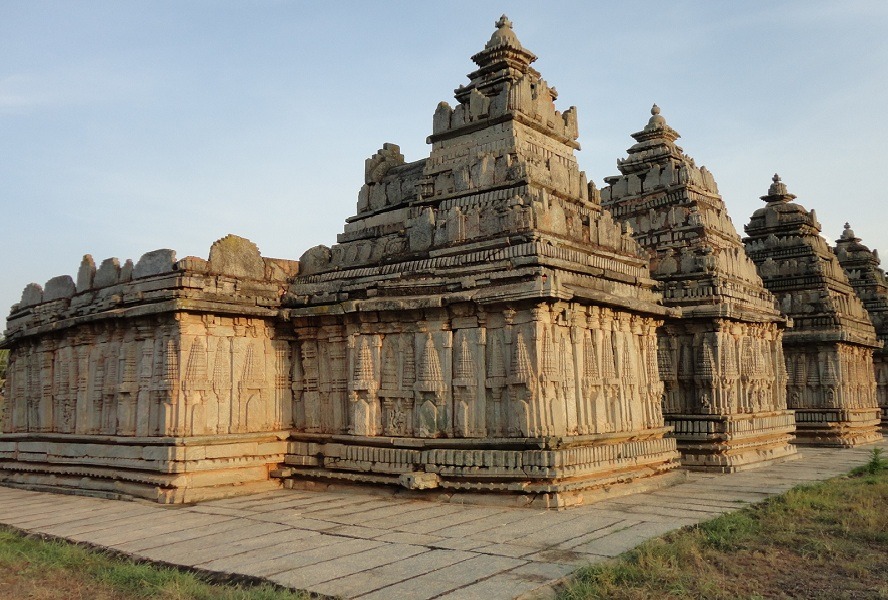 #14 of 22 Places to Visit in Shravanabelagola

At a distance of 5 km from Kikkeri, 19 km from Shravanabelagola, and 56 km from Hassan, the Panchlingeshwara Temple is an ancient Hindu temple located at Govindanahalli village in the Mandya district of Karnataka. It is one lesser-known Hoysala temples in Karnataka and among the top Hassan tourist places.

Panchalingeshwara Temple was constructed around 1238 AD during the reign of the Hoysala King Vira Someshwara. This temple is constructed in Pancha-kuta style and is probably the only surviving example of its kind built during the Hoysala period. The temple is protected as a monument of national importance by the Archaeological Survey of India. The famous sculptor of Hoysala times, Ruvari Mallitamma, is known to have made contributions to the temple.

The whole structure faces east and the entrance is provided via two porches facing each other. Each entrance is guarded by its own set of dwarpalas (guardians). The temple consists of five sanctums connected with a common navaranga (hall). All the garbhagrihas are provided with their own shikhara and are connected with the navaranga via suknasi. These five garbhagrihas houses five different manifestations of Shiva which are Sadyojata, Tatpurusha, Vamadeva, Aghora, and Ishana. The shikhara of all the five shrines are richly decorated in Dravidian style.

An intriguing feature of this temple is that though the temple is dedicated mainly to Lord Shiva, the outer walls of the temple carry images of various forms of Lord Vishnu. One can see Vishnu over Shehsa, Vamana, Trivikrama, Narasimha, Varaha, Lakshmi-Narayana on Garuda, Venugopal, Vithoba, Matsya, and Kurma along with Ganesha, Kartikeya, Bhairava and Mahishasura-Mardini, Brahma, Indra, and Arjun images.