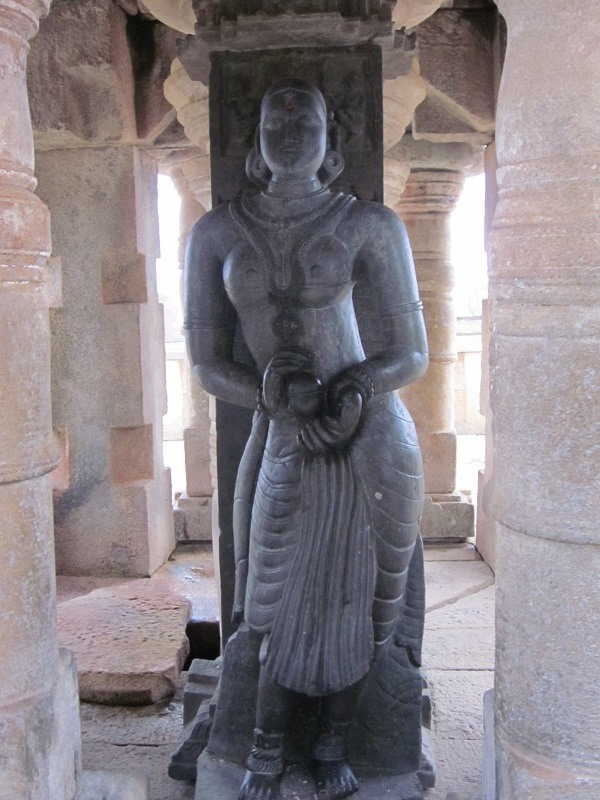 #21 of 22 Places to Visit in Shravanabelagola

Travel Tips: This place is situated just outside the entrance of Gomateswara Temple and both are visited together.

At a distance of 1 km from Shravanabelagola Bus Station, Siddhara Basadi is a 14th century basadi situated just outside the main Bahubali Gomateshwara Temple on Vindhyagiri hill.

Dedicated to Sidda Bhagavan Thirthankara, the basadi has an attractive carved granite statue of Saint Sidda in sitting posture. The basadi has two wonderful pillars erected in 14th and 15th centuries with valuable inscriptions. These pillars are dedicated to the Jain saints Panditahradhya and Srtamuni. The text on one of the pillars was composed by a famous Kannada poet called Mangaraja.

The Wodeyar mandapa on the western side has inscriptions describing the donations made by the Mysore Maharajas to the temple in 17th and 18th centuries.

Few meters ahead of Siddara Basadi, Gullekayi Ajji Mandapa situated opposite to the entrance of Gomateswara Temple is a wonderful mandapa with a mansthamba erected in 12th century with inscriptions. The mandapa also has a beautiful carving of an old lady called Gullekayi Ajji who is famous in local legends. It is said that Yakshi Padmavathi has taken the form of this old lady to humble to pride of Chavundaraya.