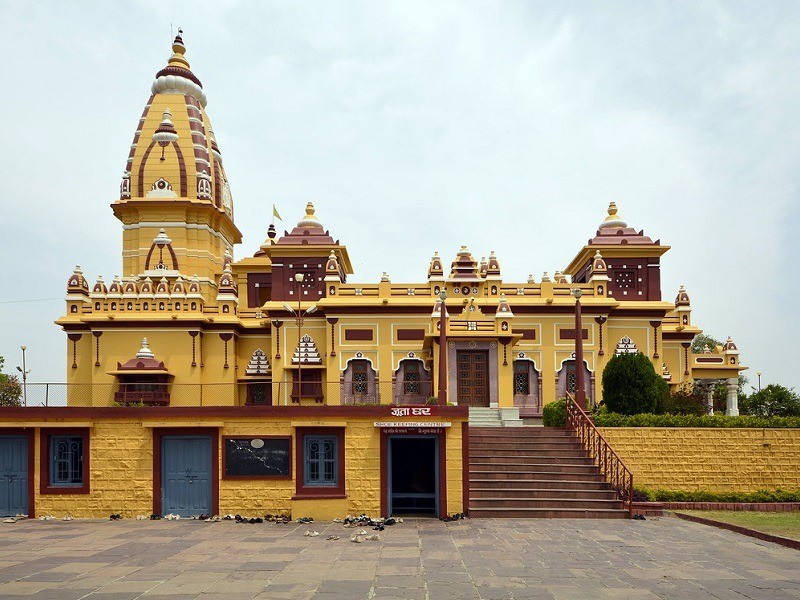 At a distance of 6 km from Bhopal Junction, Birla Mandir is a Hindu temple located in Bhopal, Madhya Pradesh. Also known as Lakshmi Narayan Temple, it is one of the popular places of pilgrimage in Bhopal, and among the must-visit places during Bhopal Trip.

Built atop the striking Arera Hills, the famous Birla Temple was built as a tribute to Goddess Lakshmi and Lord Vishnu. It was erected by the famous industrial family - the Birla Group and inaugurated by Mahatma Gandhi. The temple is spread over 7.5 acres and is adorned with well-maintained lawns, gardens, fountains, and sculptures. Apart from Lakshmi and Lord Vishnu, this temple also houses a beautiful shrine of Lord Shiva, with his wife Parvathi.

It is one of the oldest and well-maintained temples in Bhopal. The grand temple attracts thousands of devotees during the festivities of Janmashtami and Diwali. Surrounded by greenery and an ancient charm, the temple not only provides a spiritual experience but also a panoramic view of the picturesque city of Bhopal. From the backside of the temple, you can also have a glimpse of the enchanting lower lake.

The Birla Temple also houses the famous Birla Museum on its premises. Established in 1971, Birla Museum has a wonderful collection of manuscripts, paintings, and sculptures belonging to the period from 2nd century BC to the 6th century AD. Primitive tools used in the Paleolithic and Neolithic age are on exhibit here. The stone sculptures belonging to the period between the 7th and 13th centuries are also on display.

Entry: Free for Temple, Rs. 5 for Indians & Rs.50 for Foreigners for Birla Museum