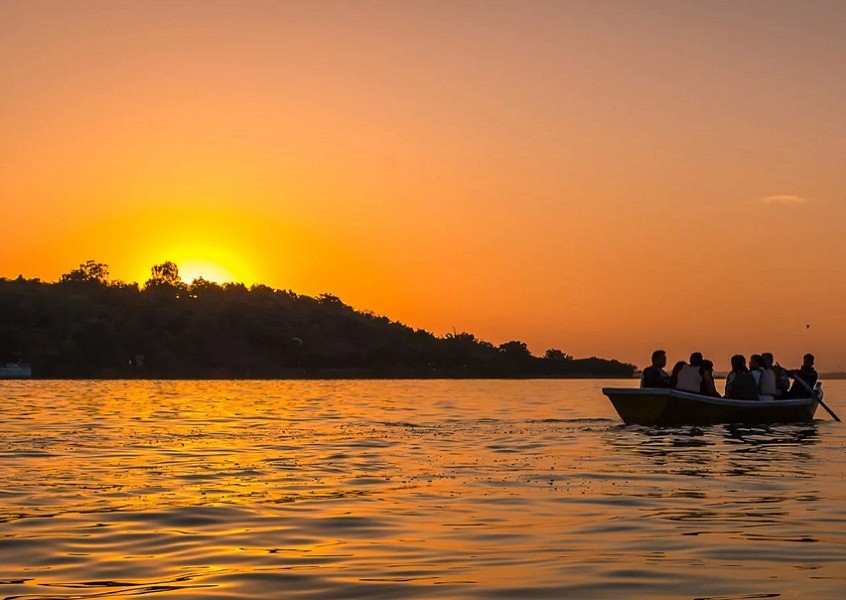 Place Location: In The Heart Of Bhopal

At a distance of 7 km from Bhopal Junction, Upper Lake is an artificial lake situated in the heart of Bhopal in Madhya Pradesh. Locally known as 'Bada Talaab', it is the oldest man-made lake in Madhya Pradesh, and among the must include places in Bhopal Tour Packages.

Bhopal holds several lakes hence the city is widely known as the city of lakes. Of these, the Upper Lake is the most significant one that lies on the west of Bhopal. Also referred to as Bhojtal, the Upper Lake was created by Raja Bhoj of the Paramara dynasty in the 11th century CE. According to the folklore, once king Bhoj suffered from a skin disease and all Vaidyas failed to cure him. Then, one day a saint told him to build a tank to combine 365 tributaries and take a bath in it to get cured of the skin disease. The king got his engineers to work on the same, with some help from Gond Commander Kalia, who gave him the address of a secret river to bring the total number of rivers to 365. And that was how the Upper Lake was born. The tank became a huge pond making it Bada Talaab, and the secret river named Kaliasot.

Spread over an area of 36.1sq km, it is the major source of drinking water for the residents serving around 30 million gallons of water per day. An eleven gate dam called the Bhadbhada dam was constructed at Bhadbhada in 1965 at the southeast corner of the Lake, and now controls the outflow to the river Kaliasote. Bada Talaab, along with the nearby Chhota Talaab, meaning small lake in Hindi, constitute Bhoj Wetland, which is now a Ramsar site. The Upper Lake is separated from the lower lake by an overbridge called Pul Pukhta. It is surrounded by Van Vihar National Park on the south, human settlements on the east and north, and agriculture fields on the west.

The lake is overlooked by a grand royal garden called Kamla Park that attracts a large number of tourists every year. Besides, there is a huge statue of Raja Bhoj, standing with a sword, on a pillar on one corner of the lake. The island in the middle of the lake has the tomb of Shah Ali Shah Rahmatullah. There is also a boat club on the eastern side of the lake that offers some water sports for the visitors such as boating, parasailing, kayaking, canoeing, rafting, etc. Also, it is a perfect place to spend a soothing evening either alone or with family.