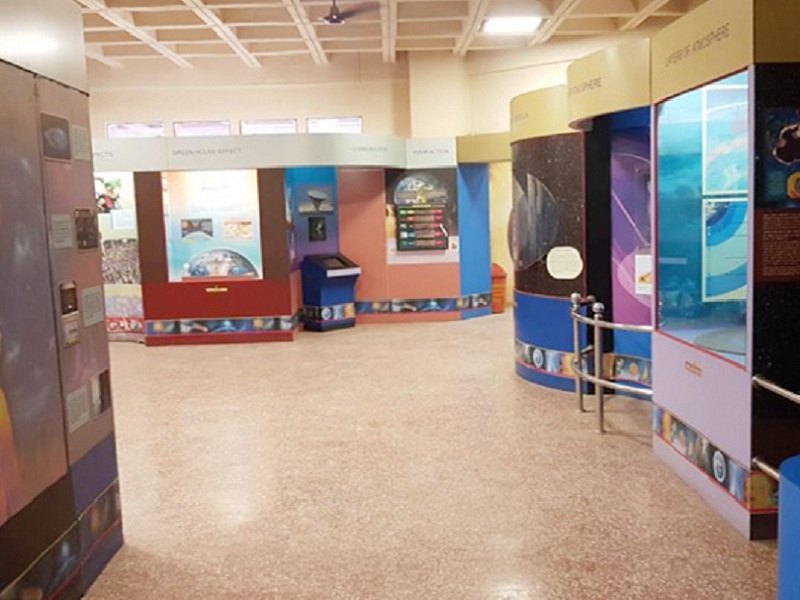 At a distance of 7 km from Bhopal Junction, Regional Science Centre is a science center in the Shyamala Hills area of Bhopal, Madhya Pradesh. It is one of the Science Museums in India, and among the most important places to visit in Bhopal, especially those who are travelling with children.

The Regional Science Center in Bhopal was inaugurated in 1995 by the then president of India late Shankar Dayal Sharma. This center is one of the 25 constituent units of the National Council of Science Museums (NCSM) engaged in popularizing Science and Technology amongst students in particular and the masses in general, through a wide range of activities and interactive programs.

The Regional Science Center contains over 266 science exhibits. There is a hall in the center which is known as The Hall of Energy, which allows visitors to learn about different forms of energy. There are many exhibits that highlight the importance of renewable resources. Also, there is an Atmosphere Gallery, known as Umbrella Gallery which highlights the importance of atmosphere. Besides the indoor galleries, Science Centre is having a unique Science Park spread on a lush green land of 3 acres, which contains over 60 exhibits such as pulley demonstrations, a windmill, and solar-powered devices. Visitors while playing with them learn various scientific principles.

The Regional Science Centre also has a miniature planetarium, which has a seating capacity of 25 people. It is where people enjoy a 30 minutes show which provides information about stars, constellations, and zodiacs of the night sky. There is a 3-D science show with a telescope installed in a separate 50-seater hall that showcases the movements of planets and moons. The campus also houses a small Dinosaur Park and a zoo.