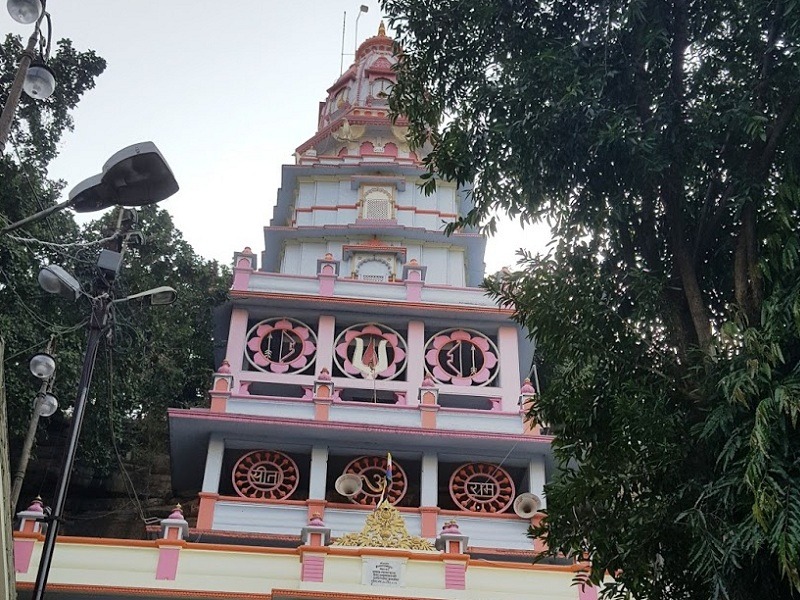 At a distance of 7 km from Bhopal Junction, Cave Temple is a sacred Hindu shrine located in the Lalghati locality of Bhopal, Madhya Pradesh. Situated on top of a small hill, it is one of the popular places f pilgrimage in Bhopal, and among the prominent attractions to visit during your Bhopal Trip.

Also known as Gufa Mandir, the Cave Temple was discovered in the year 1949 by Shri Mahant Narayandas Ji Tyagi. The spacious temple complex comprises 7 natural caves hence this temple was named Cave Temple. One of these seven caves has the self-styled Shiva's Pindi, whose vision only fulfills the wishes of the devotees. The cave that holds the Shiv Lingam is supplied by natural water that never goes dry even during the summers.

Just below the cave in the temple complex, beautiful tableaux of deities like Shri Radhakrishna and Shri Ram Janaki Laxman are installed. There is an establishment of a famous temple in the courtyard by the name of old Hanuman Ji. Apart from this, the Durga temple is a divine vision of the three goddesses. There is also a Sanskrit college located on the temple premises.

In addition to the huge fair held on the auspicious occasion of Mahashivaratri, a grand fair is organized in the temple during Navratri and Sawan. Various religious, and cultural programs are organized in Navratri.