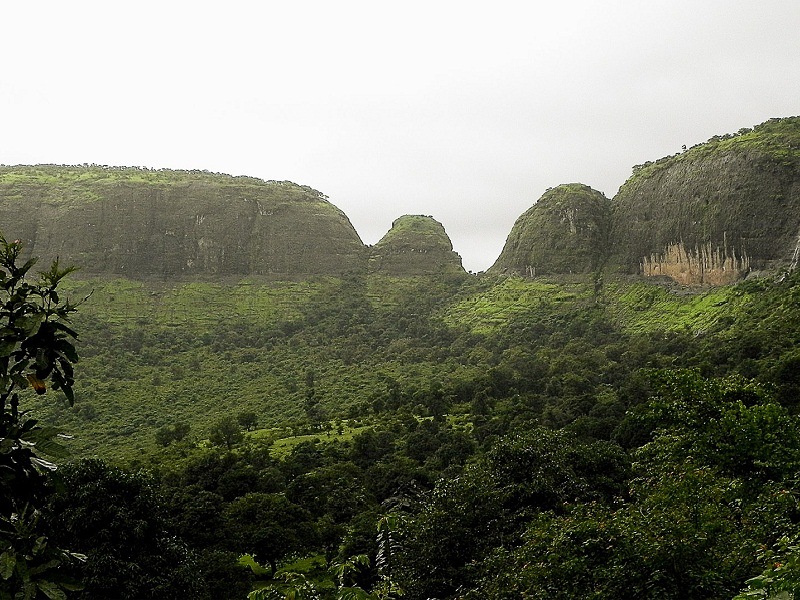 Place Location: Between Nasik And Trimbakeshwar

At a distance of 11 km from Trimbakeshwar Temple and 26 km from Nashik, Anjaneri Hill is a spiritual place that lies between Nasik and Trimbakeshwar. Anjaneri is one of the famous forts in the Nashik-Trimbakeshwar mountain range and also one of the popular trekking places in Nashik.

Situated at an altitude of 4264 feet, Anjaneri is the birth place of God Hanuman. Anjaneri fort is named after God Hanuman's mother Anjani. It is said that God Hanuman spent his childhood in these mountains. Being the birthplace of Lord Hanuman, Anjaneri has major significance for devout and hikers alike.

Visitors can see two different ways at a certain distance from Anjani Mata temple; one is to the left hand side that takes visitors to Sita cave in 10 minutes. There are two rooms in this cave where almost 10 to 12 people can stay comfortably. There are many beautiful carvings inside Sita cave. The other way goes to Citadel, where one can see one more temple of Lord Hanuman and Anjani Mata. It takes 20 minutes to reach the Fort. The fort has got a vast perimeter and commands splendid views of the Trimbakeshwar Peak, Vaitarna back waters and Brahmagiri.