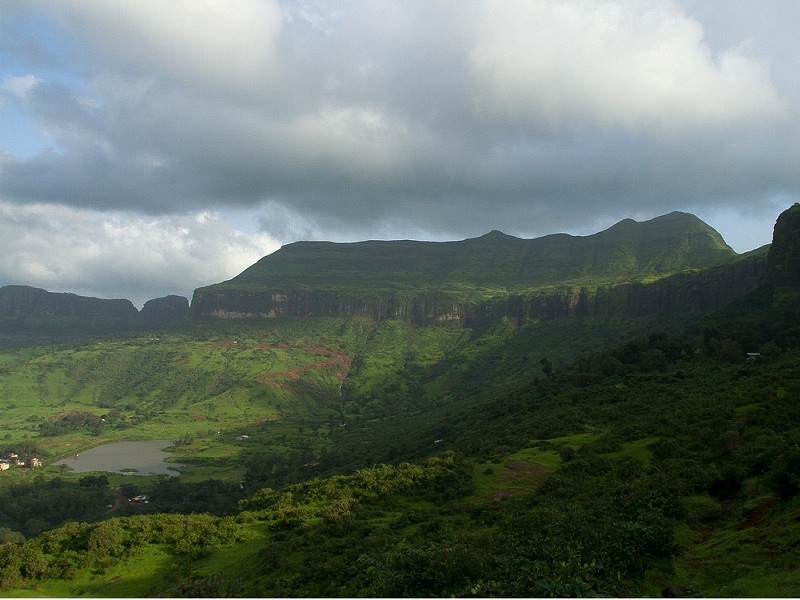 Brahmagiri literally means the hill of Lord Brahma. According to the mythology, sage Gautama and his wife Ahalya resided on this hill. A cow was unintentionally killed by Saint Gautama while trying to ward it off. To wash his sins, he worshipped Lord Shiva to bring river Ganga on earth from the heaven. Pleased with Sage Gautama's devotion, Lord Shiva requested Ganga river to flow down in the form of Godavari to make Sage Gautama pure. Hence, the river is also known as River Gautami.

Earlier, Brahmagiri hill is considered as a huge form of Lord Shiva and hence the mountain climbing was considered as a sin. In the year 1908, Seth Lalchand of Karachi and Seth Ganeshdas built 500 stone steps at a cost of Rs. 40,000. This has facilitated easy access to Brahmagiri. One can see the water flows in three directions on the mountain. The one flowing towards east becomes Godavari River, one flowing towards the south is Vaitarna River and the one flowing towards the west is called the west-flowing Ganga and meets Godavari near Chakra Tirth. River Ahalya meets Godavari in front of the Trimbakeshwar temple. Sadyo-Jata, Vamdev, Tat-Purusha, Aghora and Ishana are the five peaks of Brahmagiri hills, which are considered as five mouths of the Lord Shiva.

A 10 minutes' walk from Trimbakeshwar towards Brahmagiri brings visitors to a signboard that indicates the presence of wild animals and warning regarding the same. Then, the gradual ascent of 2 km brings you to the top of Brahmagiri Hill. It takes around 2 hours to reach the top of the Brahmagiri from Trimbakeshwar. One can see the temples of Lord Shiva and goddess Godavari at the top of Brahmagiri Hill. Godavari Temple is believed to be the origin of Godavari River. The river appears here as coming out from the mouth of Nandi. From here, the river flows till Gangadwar and then towards Kushavart teerth in Trimbakeshwar village. Kolambika Devi temple and a group of 108 shivlings are located nearby.