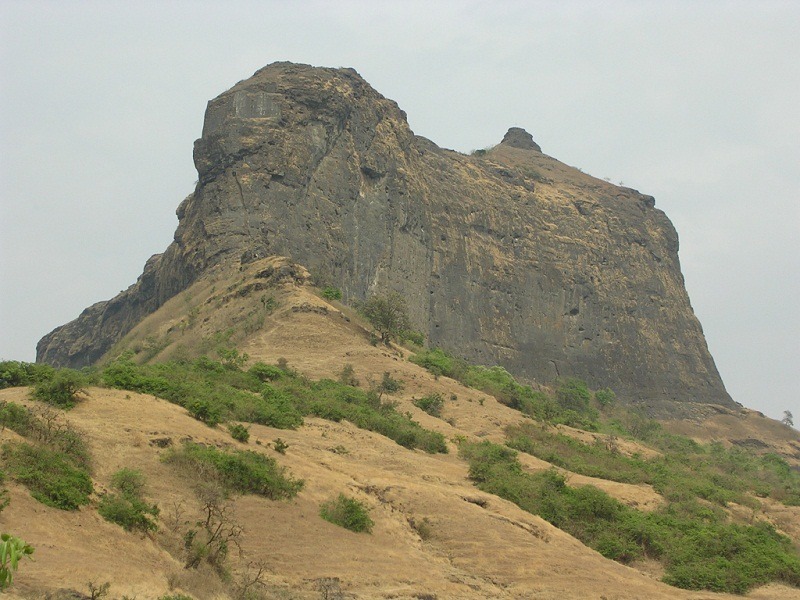 At a distance of 22 km from Trimbakeshwar and 45 km from Nashik, Harihar Fort or Harihargad is a small hill fort in Upper Vaitarana range near Trimbak in Nashik district of Maharashtra. Also known as Harshgad or Harishgad, the fort is one of the popular monsoon trekking places near Nashik.

Harish Fort was one of the forts in the possession of the Ahmadnagar Sultans. It was visited by Captain Briggs in 1818 AD. In 1636 CE, Harishgad, Trimbakgad, Tringalwadi and few other forts were given by Shahaji to the Mughals. Harishgad was one of the 17 strong places that surrendered to the British on the fall of Trimbak in 1818 CE.

Situated at an altitude of 1120 m (3676 feet), Harihargad lies on a triangular rock with all the three sides vertical and is approachable only from one side i.e. through 200 feet high rock cut staircase. The most fascinating aspect about this trek is the rock cut steps at an angle of 80 degrees that one has to negotiate to enter the fort. Though it is a vertical ladder, the steps are provided with niches for proper grip while ascending. There are 117 steps in all. Ascending and descending through this patch is a thrilling experience.

After climbing up this first set of stairs one can reach the entrance of the fort also called the Darwaja. There is a very narrow path after this which needs to cover very carefully. Again one has to climb 100 steep stairs to reach the top of the fort. The fort has got a tapering plateau with a raised level in the middle. There is a small temple of Lord Hanuman and Lord Shiva on the plateau. A small pond is there in front of this temple and the water is potable. There is a small palace with two rooms inside the fort. There are five cisterns along one side of the palace, one of which has water suitable for drinking. There is a saffron flag hoisted at the highest point of the fort. The view from the top is excellent.