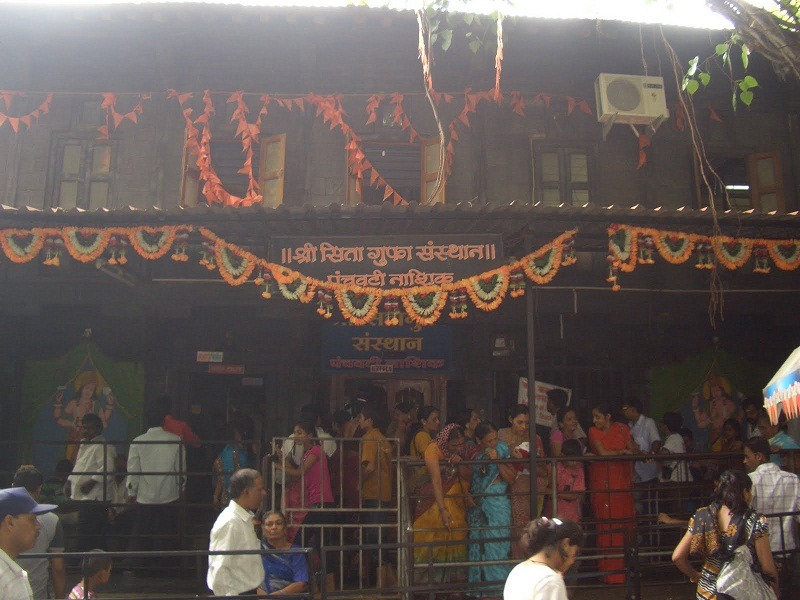 At a distance of 2.7 km from Nashik Central Bus Station, Sita Gumpha or Sita Gufaa is situated near Kalaram Temple in Panchavati area of Nashik. It is one of the top pilgrimage places to visit in Nashik.

Sita Gumpha is believed to be the place where Sita worshipped Lord Shiva during their exile. The cave, containing the idols of Lord Ram, Sita and Lakshmana, can be accessible only through the help of a narrow staircase. The ancient Shivlinga still exists in the cave and is visited by large number of devotees every day. Devotees believed to be the place where Ravana, the demon king of Lanka, abducted Sita.

Outside the cave is a large grove of 5 very old Banyan trees, after which the area is named, Panchavati means 'a garden of five banyan trees'. These trees are said to have been there during the exile of Lord Rama. There is a place called Tapovan where Lakshmana, the brother of Rama, cut off the nose of Surpanakha, the sister of Ravana. The entire Aranya Kanda of Ramayana is set in Panchavati.