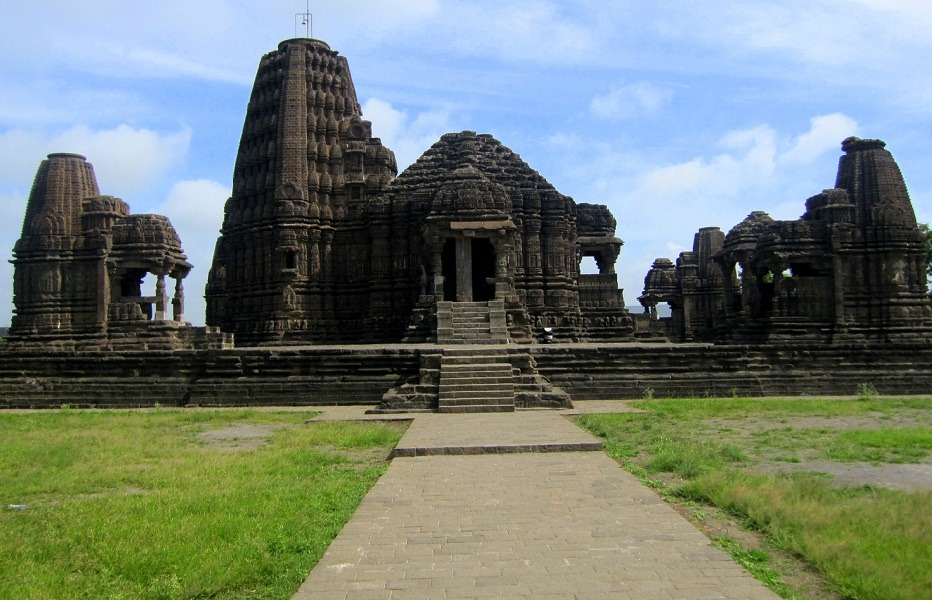 At a distance of 30 km from Nashik, Sinnar is a town and a municipal council in Sinnar taluka of Nashik district in Maharashtra. Sinnar is mainly famous for Sri Gondeshwar Temple and Gargoti Museum. It is one of the famous places to visit near Aurangabad.

Gondeshwar Temple is situated about 2 km from Sinnar Bus Station and it represents the best example of the Hemadpanti style of architecture. The structure was constructed using the locally available black basalt stone and lime. The temple's origin dates back to 12 - 13th century during the Yadava dynasty. Some sources claim that Raj Govinda of the Yadava dynasty built this great temple. Yet another tradition assigns the building to Govindaraja, another Yadava king who ruled about the beginning of the twelfth century AD.

It is a Shaiva Panchayatan or a group of five temples within a large enclosure. The central shrine is dedicated to Lord Shiva and the remaining four temples are dedicated to goddess Parvati, Sri Ganapathi, Surya Bhagwan, and Lord Vishnu. This is the largest, most complete, and best-preserved example of the medieval temples of the Deccan of the Indo-Aryan style.

The temple is an astonishing display of stone carvings and sculptures portraying the stories from the Puranas, Mahabharata & Ramayana. Sculptures of Gods, Goddesses, Apsaras, Yakshas, Kinnaras, and Gandharvas adorn the entire complex. The temple of Lord Shiva is beautifully proportioned and consists of an assembly hall called sabha mandapa and the Shivlinga is enshrined by a towering ceiling called the gabhara. The central shrine consists of three impressive and pillared porches at the entrance. The design of this temple is unique consisting of beautiful stone carvings and shikhara different from any other Indo-Aryan temples. The pillared hall of Lord Vishnu's temple is elegant, small, and one of the finest in this part of the region. Facing the main entrance is a Nandi pavilion housing a stone bull.

Gargoti Museum is another important place of sightseeing in Sinnar, which is about 6 km from Sinnar Bus Station. It is one of the best museums in the world with a large collection of zeolites which are microporous crystalline solids with well-defined rich structures similar to that of diamonds or other precious stones. Pride of India, Sarswati Puraskar, and Sinnar Gaurav are some of the awards that have been given to appreciate this mesmerizing museum founded by Mr. Krishna Chandra Pandey, an ex-merchant navy officer. Gargoti museum is the only museum in India that displays the mineral treasures of the earth like rocks, minerals, and crystals varying in nature, shape, color, and application.

The museum houses a collection of mineral specimens native to the region. The exhibits in the museum include a specimen of diamonds, cut stones, light green cubical apophyllite, crystals of yellow calcite, blue-green aquamarine, cavansite, and rare foreign minerals. These are displayed in two galleries namely 'Minerals from the Deccan Plateau' located on the first floor and 'The Prestige Gallery' on the ground floor.