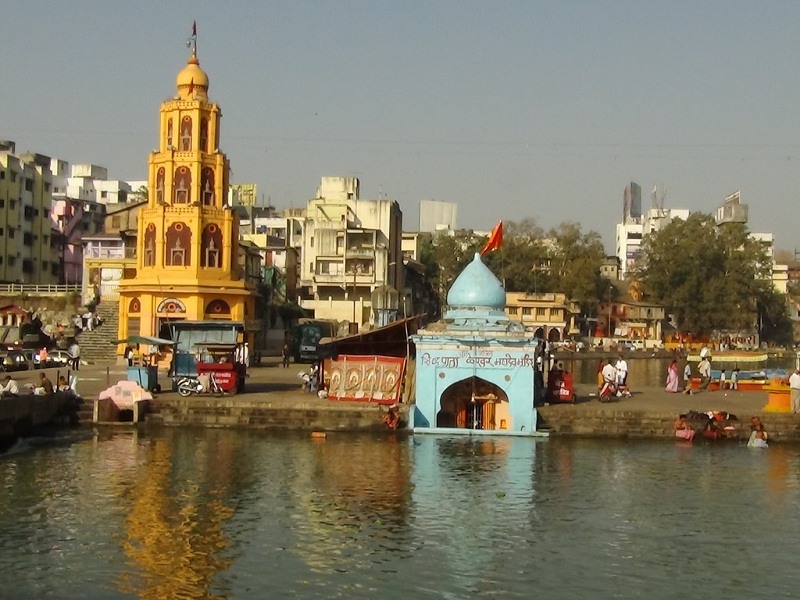 At a distance of 2 km from Nashik Central Bus Station, Ramkund is the most important sacred bathing tank in the Panchavati area of Nashik City. This is one of the popular places to visit in Nashik during Kumbh Mela.

Ram Kund, measuring 27 x 12 sq. m was built by Chitrarao Khatarkar in 1696 AD. According to the legend, this sacred bathing tank on the bank of river Godavari is believed to be the spot where Lord Rama had taken his bath during their exile. It is also said that Lord Rama has performed his father's funeral rites in this Kund and hence Ram Kund is also known as Asthi Vilaya Tirtha (Bone Immersion Tank). This is one of the must-visit places as part
of Nashik tour packages.

Ram Kund is a holy place for Hindus. Devotees believe that a dip in this tank will fulfill their wishes and also free them from their sins. There is a popular belief that salvation to the soul of the dead person is easily achieved by immersing their ashes in the holy waters of this tank. Ashes of prominent personalities like Mahatma Gandhi, Jawaharlal Nehru, Indira Gandhi, Rajiv Gandhi, and Dr. Rajendra Prasad were immersed in Ram Kund. Adjacent to the Ramkund, there is a Gandhi Talav (lake) having a white marbled monument, built-in memory of Mahatma Gandhi.