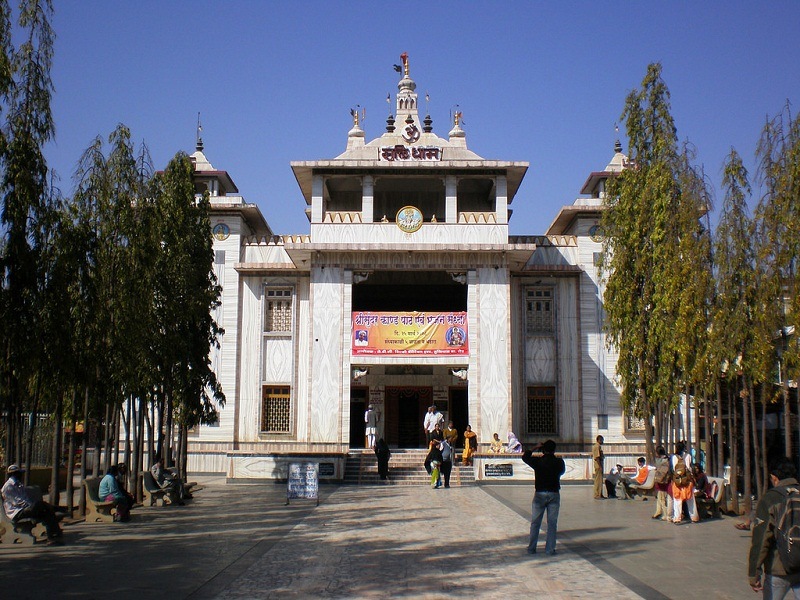 At a distance of 9 km from Nashik Central Bus Station, Muktidham is a marble temple complex located at Deolali Gaon on the suburbs of Nashik. It is one of the popular tourist attractions in the city of Nashik.

Muktidham Temple complex was built by Late Sri JayramBhai Bytco in 1971. An abode of most of the gods and goddesses of the Hindu religion, this splendid shrine displays the replica of all the 12 Jyotirlingas of India. It is believed that a holy darshan of this shrine provides as much virtue as a visit to four holy places, which makes this magnificent shrine a crowded pilgrim center.

It is a magnificent piece of architecture, made with white marble from Makran in Rajasthan. There is a temple dedicated to Lord Krishna in the Muktidham complex. The walls of Krishna temple have paintings depicting scenes from life of Krishna and Mahabharata. These were painted by a noted painter Raghubir Mulgaonkar. Unique to this temple are eighteen chapters of Bhagavad-Gita written on the walls.

Apart from the replicas of all the twelve Jyotirlingas and temple of Sri Krishna there are also idols of all major Hindu Gods and Goddesses like Vishnu, Goddess Lakshmi, Rama, Lakshman, Sita, Hanuman, Durga, Ganesh. Further, the complex also houses a dharamshala, which can accommodate at least 200 pilgrims. Thousands of Hindu devotees visit Muktidham Temple during Kumbh Mela.