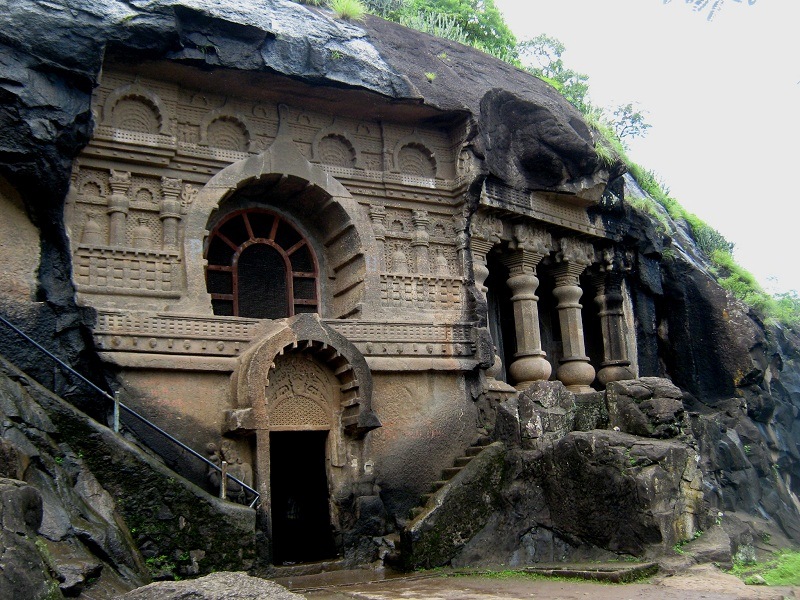 At a distance of 8 km from Nashik Central Bus Station, Pandavleni Caves or Trirashmi Caves are the ancient rock cut caves situated on Trirashmi Hills to the south of Nashik. The location of the caves is a holy Buddhist site in Maharashtra and also one of the popular places to visit in Nashik.

Pandavleni Caves are a group of 24 caves carved between the 3rd century BC and the 2nd century AD, representing the Hinayana Buddhism and has nothing to do with the characters of Mahabharata (the Pandavas).These caves were built by the rulers of that time like Satavahanas and Kshaharatas for Hinayana Buddhist monks. More ancient name of caves is Trirashmi Caves where the root 'Trirashmi' means 'triple royal'.

Most of the caves are Viharas except for the 18th cave which is a Chaitya. Caves 3, 10, 18 and 20 are the most significant and fascinating caves among the 24 caves which are noted for their magnificent sculptures. Cave 3 has a large Vihara with fascinating sculptures. Cave 10 is also a Vihara but it is much older and finer than Cave 3. It is believed to be as old as the Karla Caves near Lonavala. These caves houses shrines, cisterns, rare inscription, carved figures of Buddha and Bodhisattva, along with icons of some of the Jain Teerthankaras like Vrishabhdeo, Ambikadevi, Veer Manibhadraji etc. The Chaitya (Cave 18) is well sculptured with an elaborate facade.

There are several inscriptions found in these caves. Inscriptions in caves 3, 11, 12, 13, 14, 15, 19 and 20 are legible. Cave 15 - 'Sri Yajna Vihar' inscription mentions Sri Yajna Satakarni, the last powerful Satvahana King who ruled over the western Maharashtra. Other inscriptions note the names Bhattapalika, Gautamiputra Satakarni, Vashishthiputra Pulumavi of the Satavahanas and two of the Kshatrapas, Dakshamitra and Ushavadant.

The Pandavleni Caves can be reached by a flight of steps from the bottom of the hill and one needs to do 20 minutes trek to reach the caves. Some of the caves here are intricately connected by stone-cut ladders that join them to the other caves.