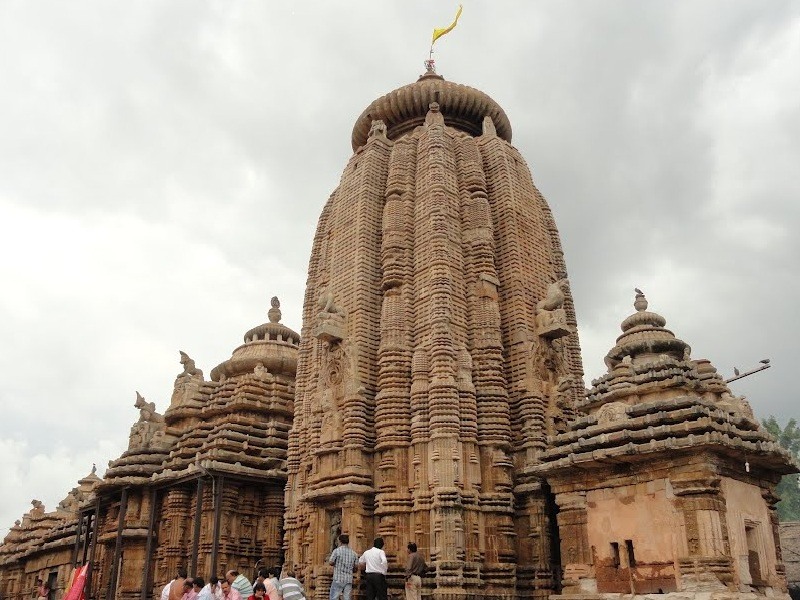 #3 of 22 Places to Visit in Bhubaneswar

Place Location: On The Banks Of Bindu Sarovar

Dating back to 13th century AD, Ananta Vasudeva Temple is the worship place of the complete idols of Lord Krishna, Lord Balarama and Goddess Subhadra. According to the legends, Lord Vishnu was worshiped at the place where Ananta Vasudeva Temple stands at present. The new temple was built in the 13th century by Queen Chandrika, the daughter of Anangabhima III, during the reign of the king Bhanudeva. The Marathas, who extended their empire up to river Mahanadi, were responsible for renovating the Vishnu Temple at Bhubaneswar in the late 17th Century.

The architecture of this temple looks like Lingaraja Temple and has Vaishnavite sculptures. It has longitudinal shikharas with beautiful carvings. The temple contains a three-chambered frontal adjunct consisting of Jagamohana, the Natamandira and the Bhogamandapa. It has longitudinal bands of miniature shrines carved with ornaments. It is positioned in a walled compound along with abundant structures. An image on the wall of the temple displays legend of Lord Vishnu who appears as Varaha avatar.

The idols found in the sanctum sanctorum of the temple have complete structure unlike the images of the Puri Jagannath Temple. Here the deities are made of black granite stone, rather than wood, as seen in the Puri temple. Balarama stands under a seven hooded serpent and Subhadra holds Jewels pot and lotus in her two hands keeping her left foot over another jewel pot, while Krishna holds a mace, chakra, lotus and a conch.

Janmastami is the most auspicious day for the Ananta Vasudeva Temple. Thousands of devotees visit the temple to worship Lord Krishna. Devotees offer sweet, butter, milk, curd, incense, new clothes and flowers to the Lord.