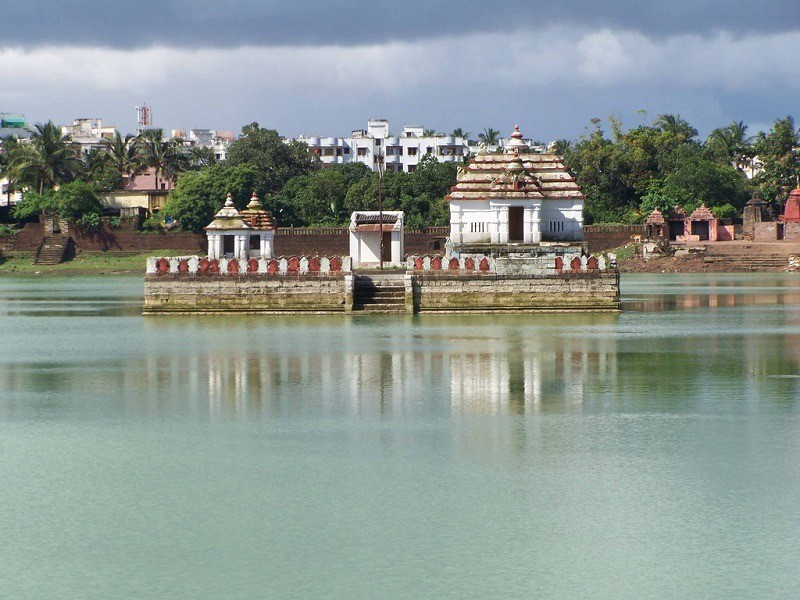 #13 of 22 Places to Visit in Bhubaneswar

Place Location: To The North Of The Lingaraj Temple

At a distance of 4.5 km from Bhubaneswar Railway Station, Bindu Sagar Lake or Bindu Sarovar is a sacred lake located to the north of the Lingaraja Temple and to the east of the Ananta Vasudeva Temple in Bhubaneswar Odisha. It serves as a popular picnic spot and also one of the top places to visit in Bhubaneswar.

Surrounded by numerous temples and shrines, Bindu Sagar Lake is considered as the largest water body of Bhubaneswar. According to legends, Bindu Sagar Lake was created by Lord Shiva by bringing water from all the holy places to quench the thirst of Goddess Parvati. Hence it is believed that a dip in the Bindu Sagar Lake would wash away all the sins and get rid of all their diseases by drinking the holy water.

All the rituals of Lord Lingaraja are closely associated with this tank. During annual Car festival (Ashokastami), the main deity from the Lingaraja Temple is carried to the Bindu Sarovar and given a bath as a ritual. This procession consists of a lot of energy and enthusiasm and makes for a memorable sight.