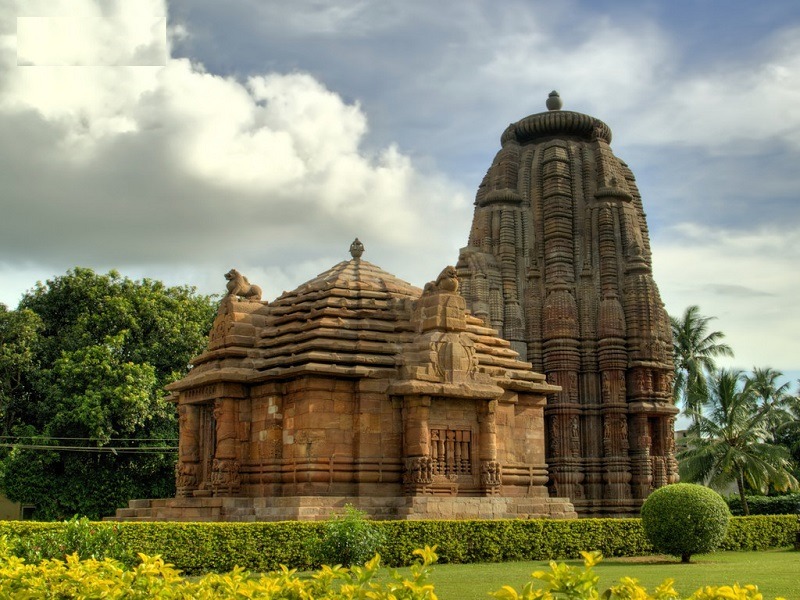 #6 of 22 Places to Visit in Bhubaneswar

At a distance of 4 km from Bhubaneswar Railway Station, Rajarani Temple is one of the most renowned and the famous temples situated towards north-east of Lingaraja Temple in Bhubaneshwar. Maintained by Archaeological Survey of India, it is one of the must visit tourist places in Bhubaneswar.

Rajarani Temple is built in the pancha ratha style on a raised platform with two structures, a central shrine called the Vimana with a bada (curvilinear spire) over its roof rising to a height of 18 m and a jagamohana with a pyramidal roof. There is a range of smaller carved spires on the main spire. Amalaka, a stone disk with ridges on the rim, is placed over the tower of the temple. A kalasa surmounts the amalaka as the crowning finial. The plan of the jagamohana is square compared to the rectangular ones present in earlier temples. This temple is the reminiscent of the Kandariya Mahadeva Temple of Khajuraho.

The main sanctum of the temple is devoid of any deity. But there are some obvious features which indicate that the temple has a Shaivite origin. The temple has the presence of Shaiva Dwarapalakas named Prachanda and Chanda. The main attraction of this temple is sculptures of Astadikpalas, the eight temple guards who protects the temple from the different directions. The eight guardians are namely: Indra, Agni, Yama, Nirriti, Varuna, Vayu, Kubera and Ishana.

There are various sculptures on the temple walls and the vimana, depicting scenes of the marriage of Shiva, Nataraja, Parvati, and include tall, slender, sophisticated females in various roles and moods such as turning her head from an emaciated ascetic, fondling her child, holding a branch of tree, looking into a mirror, taking off her anklet, caressing her pet bird and playing a musical instrument.

The Department of Tourism of the Government of Odisha organizes a Rajarani Music Festival at the temple from 18th - 20th January every year. Musicians from different parts of the country perform during the three-day festival.