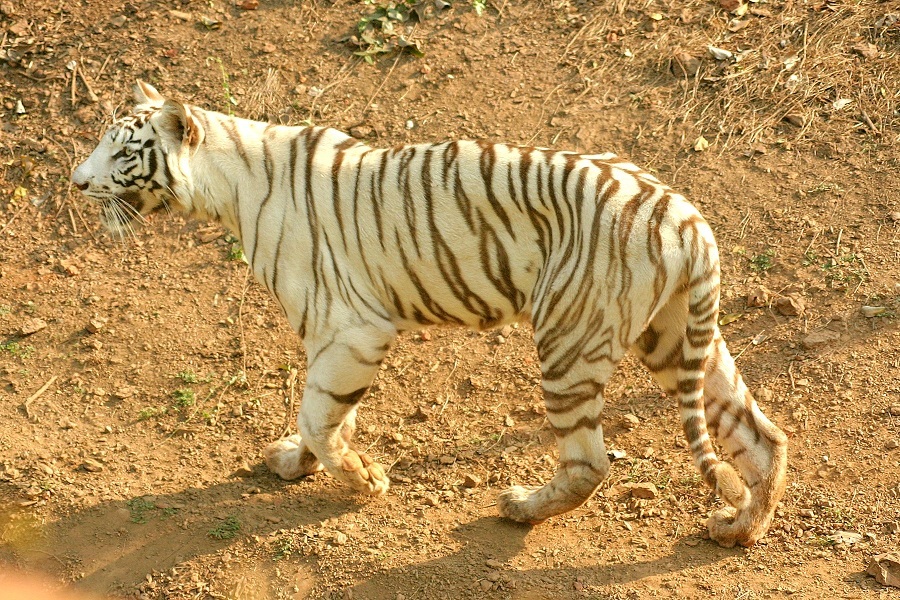 #14 of 22 Places to Visit in Bhubaneswar

At a distance of 17 km from Bhubaneswar Railway Station, Nandankanan Zoological Park is a zoo and botanical garden lies in the vicinity of Kanjia Lake in Bhubaneswar. It is one of the biggest and largest zoo parks in India and also one of the famous Bhubaneswar Tourist Places.

Spread over an area of 400 hectares, Nandankanan was established in 1960 and declared as a sanctuary and zoo in 1979. It became the first zoo in India to join World Association of Zoos and Aquariums in 2009. This reserve area is being stretched across the area of 4.37 sq. km where the protected area is of 3.62 sq. km. Nandankanan, literally meaning 'The Garden of Heavens', includes the 134-acres Kanjia Lake. Due to its rare offerings and serene setting, the park has been now emerged as a much sought after picnic destination for both locals as well as tourists.

Located in the greenish environment of Chandaka Forest, Nandankanan is world renowned for its white tigers. Today, the park has more than 34 white tigers in its vicinity. The park is also houses 67 varieties of mammals, 18 varieties of reptiles and 81 species of birds. The animals that are frequently seen in the park are Asiatic lion, lion-tailed macaque, Indian crocodiles, nilgiri langur, Indian pangolin, Himalayan black bear, mouse deer, rhesus macaque, black buck and more. Some of the popular birds that can be seen here are white peacock, blue & yellow macaw, open billed stork, green winged macaw etc.

The zoo is also a home to the Captive Gharial Crocodile breeding center, first in the country. Nandankanan is the only zoo in India with the credit of having Patas monkey, Eastern Rosella and Open-billed Stork. Besides, it has the glory among the 2 zoos in India having Orangutan, Indian Pangolin, Spotted Munia and Burmese Python. It is among the three zoos of India having Green-winged Macaws and Cinereous Vulture. In the zoo are also housed 34 aquaria that contain a large variety of fresh water fish.

A joy ride in the toy train to observe the wildlife closely is an all-time favorite activity for the tourists and especially the children visiting this park. A unique White tiger safari was established in the Zoological Park on 1st October 1991 and at present it houses over 34 white tigers. Facilities for boating and forest safaris are available in this zoo. Adopt-an-Animal programme was started at the zoo in 2008, to help involve the general public in animal conservation and raise money.

Established in the year 1963, the state Botanical Garden is also located on the grounds of the deciduous forests of the Nandankanan Sanctuary and is spread over 173 acres. It is situated amidst picturesque rolling scenes of the surrounding landscape and is a paradise for nature enthusiasts.