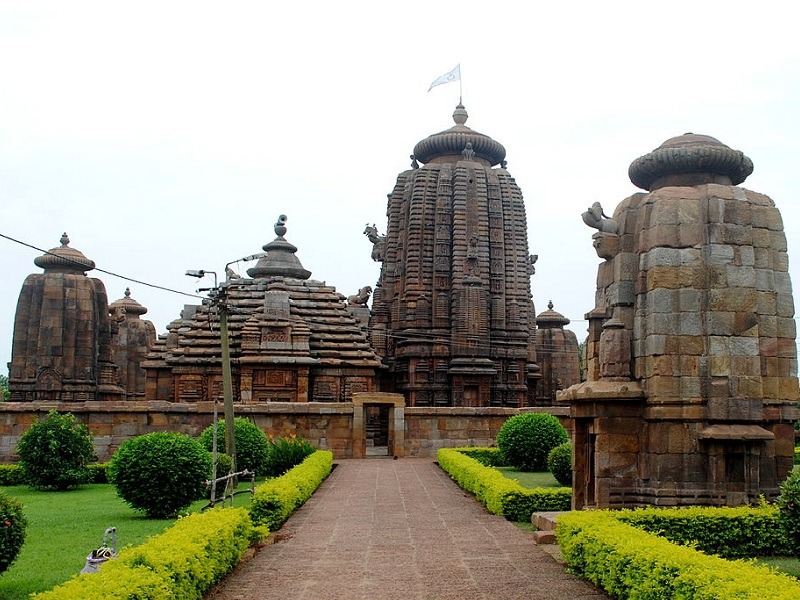 #2 of 22 Places to Visit in Bhubaneswar

At a distance of 3 km from Lingaraja Temple and 5 km from Bhubaneswar Railway Station, Brahmeswara Temple is a famous Hindu temple located in the temple city of Bhubaneswar. It is one of the holy places to visit in Bhubaneswar and among the best places of heritage in Orissa.

Dedicated to Lord Shiva, Brahmeswara Temple stands in a courtyard flanked by four smaller temples. The temple belongs to late 11th century according to an inscription carried to Calcutta from Bhubaneswar. The inscription indicates that the temple was built in 1058 AD by King Udyotakesari's mother Kolavati Devi during the Somavamsi king's 18th ruling year.

The temple is built in the traditional Kalinga architecture style by using of stones. The temple is classified as a panchatanaya temple where four subsidiary shrines situated in the four corners of the main shrine. This pyramid shape temple has two parts namely the Vimana and Jagamohana. The Vimana of the temple is around 18.96 m. It was during the construction of this temple that iron beams were used by the builders. The Jagamohana is famous for the lion head idols that were first found at the Mukteswar Temple. The sandstone walls and the wooden structures of the interior are worth mentioning.

Brahmeswara Temple is renowned for its artistic sculptures, especially for the sculptures in the tower and porch of the temple. Tantric related images are also placed inside this temple. The exterior walls of the temple are adorned with the figures of several gods and goddesses, carvings of birds, animals and some religious scenes. Exquisite of the carvings is Lord Shiva in the form of Nataraja, playing a veena above a bull and voluptuous female figures elaborately bedecked with ornaments.