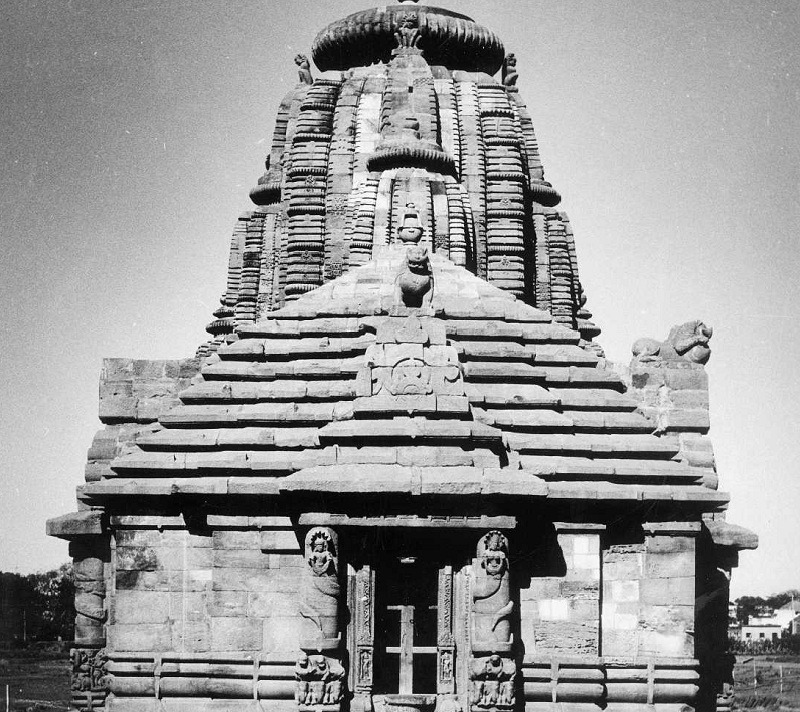 #19 of 22 Places to Visit in Bhubaneswar

Place Location: On The Banks Of Bindu Sarovar

The temple is dedicated to ten armed Chamundi Devi. The temple was built by Mohini Devi, the Queen of Bhauma King Sivakara Deva II, in 687 CE, hence the name Mohini Temple. Standing to a height of about 9.45 m, the Mohini Temple architectural feature bears a close resemblance to the Parasurameswar Temple. The sanctum sanctorum has rekha type vimana and Jagamohana is pidha type. The damaged Jagamohana has been renovated recently. The temple is tri ratha on plan and tri anga bada in elevation.

The presiding deity image is terrific and is depicted in tantric form in sunken belly, wearing garlands of skulls and standing on a corpse. In the same sanctum there is an idol of a six-armed image of Mahishasuramardini lying on the floor. In Jagamohana there are some idols such as eight armed Durga and others are found. The exterior walls have five niche images they are Ganesha, Kartikeya along with his consort on a peacock, Goddess Parvati with two attendants and a lion, a damaged idol of Durga and a pair of damaged unidentified idols. There is a small sub-shrine without any deity located in the prakara.