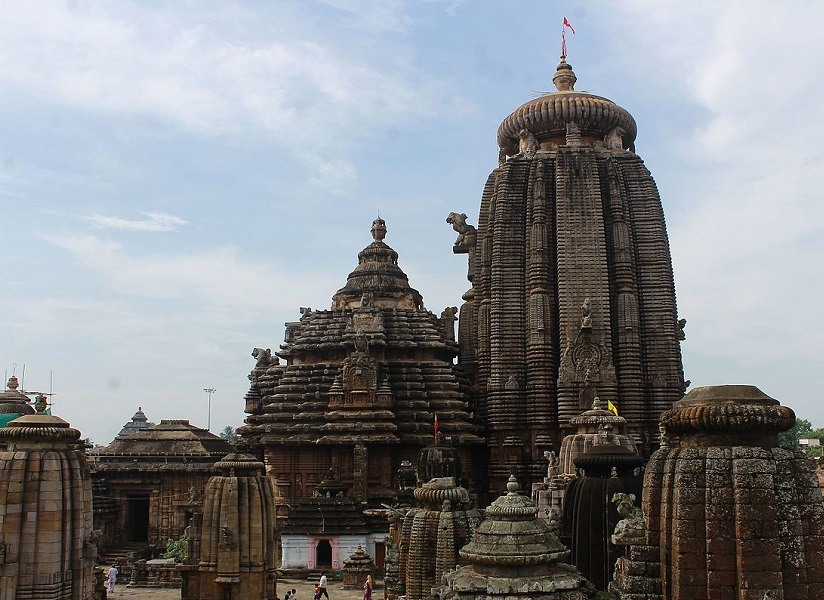 #1 of 22 Places to Visit in Bhubaneswar

Travel Tips: Entry is restricted to the followers of the Hindu faith only.

Dedicated to Harihara, a combined form of Vishnu and Shiva, Lingaraja Temple was built in 11th century CE by King Yayati Keshari of Somavanshi dynasty. He started the construction of the temple while he shifted his capital from Jaipur to Bhubaneswar. But historians believe that the temple might have been existed from 6th century CE. It is said that when the construction of Lingaraja Temple was about to complete, the Jagannath cult started growing. This belief is further empowered with the fact that Lord Vishnu and Lord Shiva are worshipped here.

According to the legend, Lord Shiva revealed to Parvati that Bhubaneshwar or Ekamra Kshetra was a resort favoured by him over Benares. In order to explore the city, she disguised herself as an ordinary cattlewoman and ventured out. While she was out exploring, she came across two demons named Kritti and Vasa, who wanted to marry her. The demons continue to pursue Parvati despite her continuous refusal. In the process of protecting herself, she destroyed the two of them. It was then that Lord Shiva descended and formed the Bindu Sagar Lake and resided there for eternity.

Built in the traditional Kalinga style of architecture, the Lingaraja Temple faces east and is built of sandstone and laterite. The temple comprises of four main components namely the vimana, the bhoga-mandapa, the natamandira and the jagamohana. The central tower of the temple is 180 feet tall. In the sanctum sanctorum, the lingam of Lord Shiva is regarded as 'Swayambhu' and is worshipped as both Lord Shiva and Lord Vishnu. The Shivalingam rises to a height of 8 inches above the floor level, and is 8 feet in diameter. The temple has 150 smaller shrines in its spacious courtyard and is surrounded by massive walls embellished with beautiful sculptures.

The Lingaraja Temple is one of the few ancient temples in the city which are still used for worship. The Lingaraj Temple attracts lakhs of devotees every year, especially during Shivaratri. Pilgrims from all over the country gather here to offer prayers to Lord. Chandan Yatra and Ratha Yatra are the other two important festivals celebrated at Lingaraja Temple with great pomp and fervor.