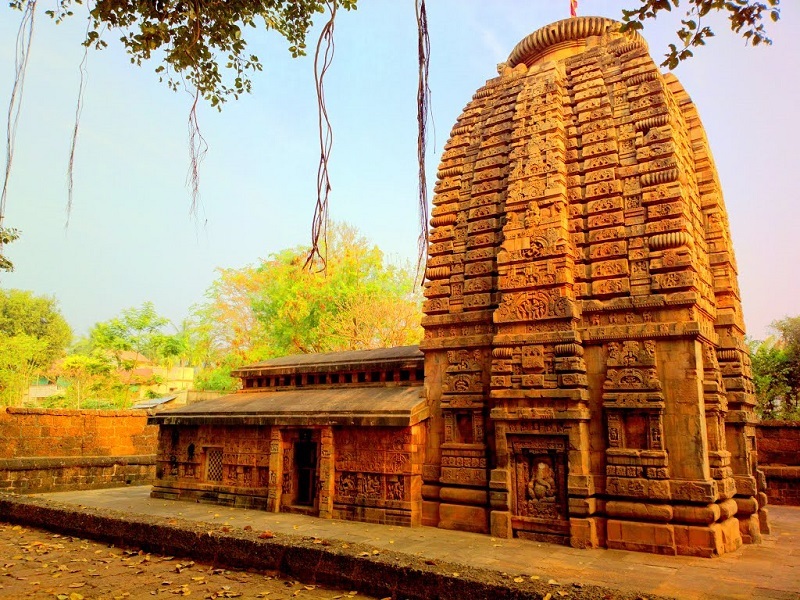 #16 of 22 Places to Visit in Bhubaneswar

Place Location: Next To Mukteswar Temple

At a distance of 1 km from Lingaraja Temple and 4 km from Bhubaneswar Railway Station, Parashurameswara Temple is an ancient temple situated next to Mukteswar Temple in Bhubaneswar. Dedicated to Lord Shiva, Parashurameswara Temple is believed to be one of the oldest temples in Odisha and also one of the most prominent Bhubaneswar Tourist Places. The temple is maintained and administered by the Archaeological Survey of India.

Built in 650 AD, Parashurameswar Temple is a small but marvelously decorated shrine of Lord Shiva dated to the Shailodbhava period. The temple is considered one among the Parashurameswara group of temples. The temple is an excellent specimen of the Kalinga architectural style. The temple contains a vimana and a jagamohana. The vimana is square in plan and the walls have sections called rathas or pagas. The vimana has a curvilinear tower (called bada) in the form of a pyramid composed of horizontal planes. Amalaka, a stone disk with ridges on the rim, is placed over the bada of the temple.

Though the temple is dedicated to Lord Shiva, there are images of Lord Vishnu, Surya, Indra, Yama and a group of seven mother Goddesses. The temple is the first in Bhubaneswar to contain depictions of Saptamatrikas, namely, Chamunda, Varahi, Indrani, Vaishnavi, Kaumari, Shivani and Brahmi. The spectacular identity and uniqueness of the temple is the one thousand lingams, placed in the North -West corner of the temple. The walls of the temple are adorned with verdant sculptures of animals and birds, amorous couples, floral designs, beautifully carved Hindu Gods etc.

Parashuramashtami is the major festival celebrated in the temple on the 8th day of Ashadha (June-July) when the festival image of Lingaraja Temple is taken to Parashurameswara Temple and feasted.