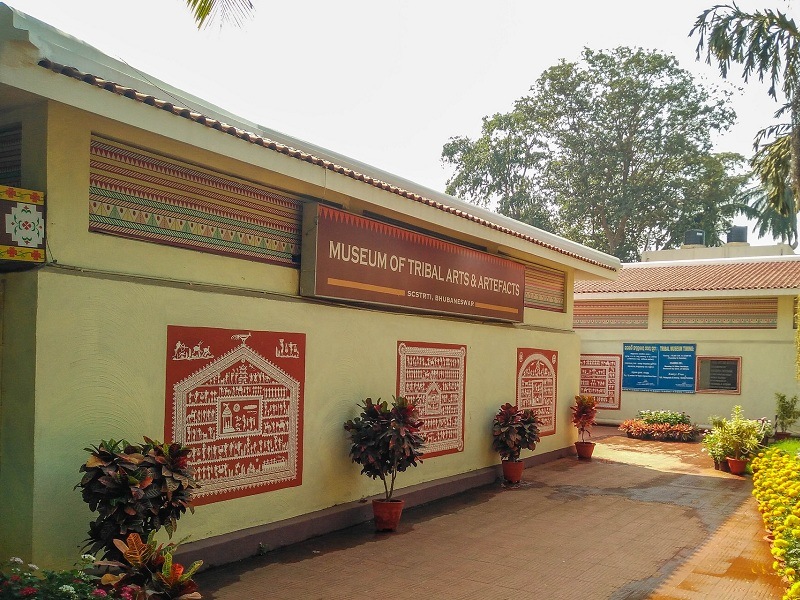 #21 of 22 Places to Visit in Bhubaneswar

Place Location: Within The SCSTRTI Campus

Tribal Museum in Bhubaneswar was established in the year 1953. This Museum is an integrated part of the Scheduled Castes and Scheduled Tribes Research and Training Institute (SCSTRTI). The main aim of the museum is to protect and promote the Tribal culture of the state. The museum exhibits a wide spectrum of the tribal treasure of Odisha. In 2010, this museum is recognized as the best among the 21 Tribal Museums in India by UNESCO.

The museum is divided into 5 separate halls, each depicting an aspect from the lifestyle of the local tribes. The Museum of Tribal Art and Artifacts currently houses about 2,247 artifacts. There are dresses and ornaments, dokra items, musical instruments, hunting implements, fishing nets, weapons of offense and defence, agriculture tools, household objects, personal belongings, tribal art, photographs and terracotta items in the archive. Traditional costumes such as the ringa of the Bonda tribe, phute sari of the Santhals and gatungkap of Lanjia Saora can be seen at the museum.

The replicas of 14 tribal Shrine Crafts are displayed in the courtyard of the Museum where the tribal deities are enshrined. All these reflect the tribal supernatural beliefs and their world of religion and give the premise a divine touch. The museum also exhibits the huts of the Orissa tribes namely Santal, Juang, Gadaba, Saora and Kondh. Each hut is built along with their arts and artifacts, and household appliances so as to imagine the entireness of the habitat in its physical settings. The other added attraction of the tribal museum is the library and a small zoo.